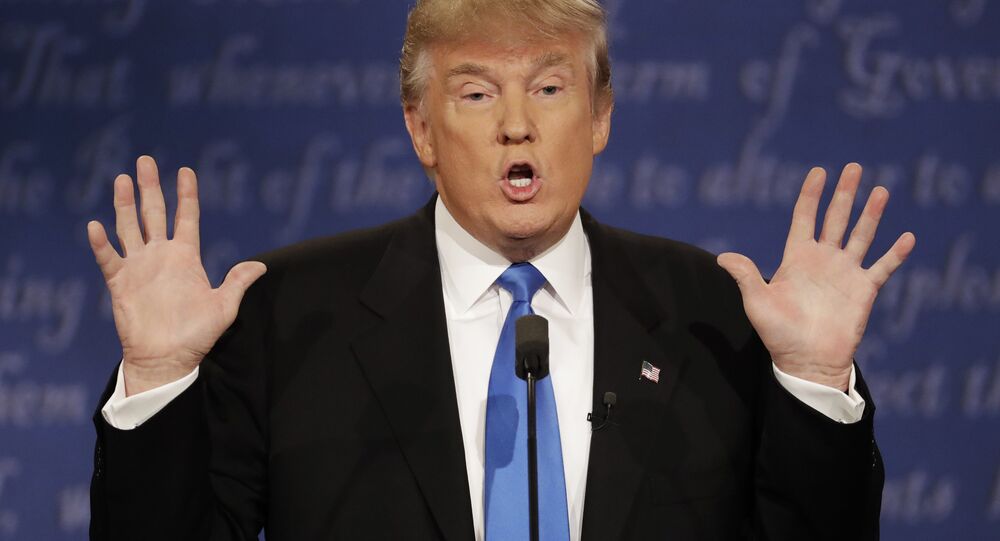 Trump Slammed for ‘Breaking’ US Cuba Embargo in 1998: Guilty, or Just Naive?

A company previously controlled by Republican presidential candidate Donald Trump is in violation of an American trade ban, according to some media reports, by paying for a business trip to the formerly embargoed nation of Cuba.

© AFP 2021
Clinton Email Cover-Up 'Unprecedented in US History' – Donald Trump
According to a report published by Newsweek, the company tasked a US consulting firm with hosting a business trip to the island country. On Thursday, Democratic presidential candidate Hillary Clinton accused Trump of breaking US law.

In 1998, the year of the alleged violations, the trade embargo imposed by US President John F. Kennedy during the post-World War II Cold War remained in effect. It prohibited US citizens and companies from engaging in financial transactions with Cuba or its entities, though it was condemned by a bipartisan group of lawmakers and US officials, who urged President Bill Clinton to remove it.

Early in 1998, Clinton announced major changes to US policy regarding Cuba, according to the Newsweek report. Charter flights were resumed, medical equipment exports were made easier, and Cubans in the US were allowed to send money home. Under these circumstances, the Trump Hotels & Casino Resorts company turned to the Seven Arrows consulting firm and tasked it with finding business opportunities in the country. Trump and several company representatives, led by Richard Fields, traveled to Cuba to meet with government officials, bankers and other business leaders.

© REUTERS / Brian Snyder
Clinton Leads Trump in Five Key US Battleground States After First Debate
After the trip, the consulting firm sent Trump's company a bill for $68,551.88 (around $100,000 today), spent during the visit.

The invoice included an interesting remark:

"Under current law trips of the sort Mr. Fields took to Cuba must be sanctioned not only by the White House but are technically on behalf of a charity… The one most commonly used is Carinas Cuba."

(Note: in fact, the trips had to be authorized by Office of Foreign Assets Control, not the White House; Carinas Cuba is likely a misspelled name of Caritas Cuba, a real charity organization)

Now the story gets interesting.

© AP Photo / Mary Altaffer
Trump Tell American People to ‘Follow the Money’ on Trail of Clinton Corruption
The Newsweek report states that there is no information that contact was made with Caritas Cuba, either by Trump Hotels or Seven Arrows.

Why would Seven Arrows have informed Trump Hotels about potential legal issues after the trip had already been taken? Did Trump Hotels know of the restrictions? If so, why mention it in the invoice? Was Trump Hotels the victim of a scam?

This assumption is postulated by Roger Stone, a former Trump advisor.

"I assume Fields went there [to Cuba] on his own… Richard was always coming up with harebrained schemes and then trying to get Trump to pay for them," Stone said to Politico Florida.

© REUTERS / Gretchen Ertl
US Must Defend Economic, Religious Freedom in Western Hemisphere, Cuba - Trump
Mauricio Claver-Carone, executive director of Cuba Democracy Advocates, said he believes that Fields was solely responsible for violating the embargo. It is possible that Trump learned he was potentially in violation of US regulations regarding doing business in Cuba later, which, in turn, could be the reason for Trump's hardline stance against deals with the Castro administration.

According to US-Cuba Trade and Economic Council President John Kavulich, many companies, "from the music industry to hoteliers," conducted business trips to Cuba in that era. Many companies were hosted by nonprofit groups or non-US business organizations or entities that fully paid the way for US-based business. Fields could possibly have taken the same route, without warning his client.

Currently, Trump Hotels & Casino Resorts is known as Trump Entertainment Resorts, and does not belong to Donald Trump, instead being a subsidiary of Icahn Enterprises, owned by Carl Icahn.

Obama Appoints First US Ambassador to Cuba in Over 50 Years