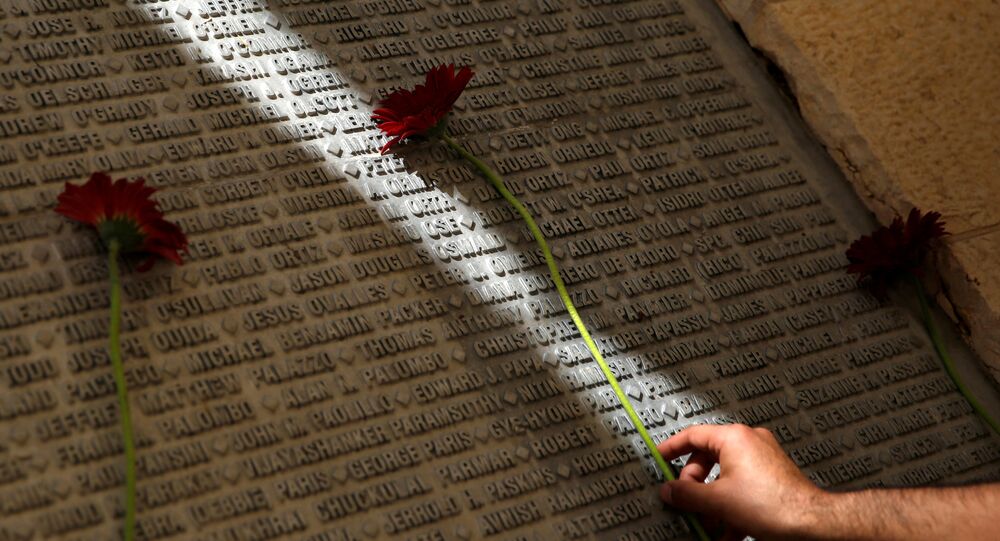 The US Senate voted 97 to 1 to override President Barack Obama’s veto of the Justice Against Sponsors of Terrorism Act (JASTA) in a roll-call vote on Wednesday.

© AP Photo / Marty Lederhandler
9/11 Lawsuit Bill Shows American ‘Pressure Over Saudi Arabia’
WASHINGTON (Sputnik) — On Friday, Obama vetoed the JASTA legislation, which was approved unanimously by voice vote in the House and Senate. The president cited concerns that the bill could negatively impact US alliances, or open the US government to similar lawsuits for alleged terror sponsorship.

Ahead of the final roll-call vote, the Senate clerk announced that "no senator voted in the negative." During the final count, Senate Minority Leader Harry Reid cast the sole vote against the veto override.

If the House of Representatives votes along with the Senate to override Obama’s veto, JASTA will allow the victims of the September 11, 2001 terror attacks to pursue a long-standing lawsuit against Saudi Arabia for allegedly providing support to hijackers involved in the attacks.

Ahead of the vote, JASTA bill sponsor and New York Senator Chuck Schumer acknowledged the veto override is "a decision I do not take lightly, but…[JASTA] would allow victims of 9/11 to pursue some small measure of justice."

© Flickr / Cyril Attias
9/11: Twin Towers 'Could Have Been Destroyed by Controlled Demolition'
JASTA is strongly supported by the families of 9/11 victims who have a long-standing lawsuit against Saudi Arabia for allegedly supporting the hijackers involved in the attacks. The lawsuit was dismissed in 2015 on account of Saudi claims to sovereign immunity.

The House will now vote on the veto override later this week, with some reports indicating the vote could happen later on Wednesday or later in the week.