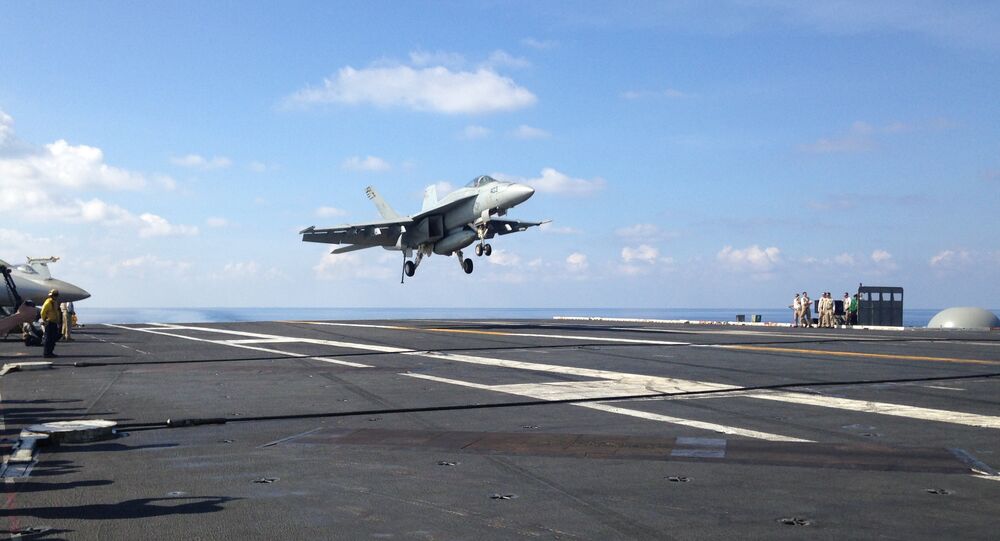 The Pentagon has been instructed by Washington to scale back its rhetoric when speaking of the relationship between the United States and China.

The White House feels that a perception of competitiveness will only further complicate the already difficult process of rebuilding its relationship with Beijing.

While previewing the 2017 fiscal budget in February, Secretary of Defense Ashton Carter spoke of the US needing thorough defense for a "high end enemy" saying, "That’s what we call full spectrum. In our budget, our plans, our capabilities and our actions, we must demonstrate to potential foes, that if they start a war, we have the capability to win. Because the force that can deter conflict, must show that it can dominate a conflict."

Carter spoke of a "return to great power of competition" in the Asia-Pacific region, specifically noting the rise of China as a major challenge to US defense strategies.

In a report called "A Design for Maintaining Maritime Superiority," Admiral John Richardson, Chief of Naval Operations, made similar comments, writing, "For the first time in 25 years, the United States is facing a return to great power competition. Russia and China both have advanced their military capabilities to act as global powers. Their goals are backed by a growing arsenal of high-end warfighting capabilities, many of which are focused specifically on our vulnerabilities and are increasingly designed from the ground up to leverage the maritime, technological and information systems."

The Navy Times reported that the National Security Council responded to these comments by issuing an order to Pentagon leaders instructing them to refrain using language like "great power competition," as it implies that Washington and Beijing are headed toward an inevitable conflict.

"We always talk about maximizing cooperation to the extent possible…But we are very clear-eyed and candid about the differences and that there is competition between us," an unnamed senior official told NT. "There is no question that some of China’s activities in the maritime realm are generating significant tension, but there are other areas where developments have been extremely positive."

There are also those who believe that Beijing’s claims in the South China Sea and building of islands could pose a threat to the US. China dismissed a July ruling from the Court of Arbitration at the Hague that found its territorial claims to have "no legal basis." The court also found that China had transgressed the exclusive economic zone of the Philippines. Manila originally brought the charge to the Hague in 2013.

In a statement, the Chinese Ministry of Foreign Affairs called the decision "null and void," has "no binding force," and said that "China neither accepts nor recognizes it."

India and China Meet to Discuss Coordination of Fight Against Terrorism