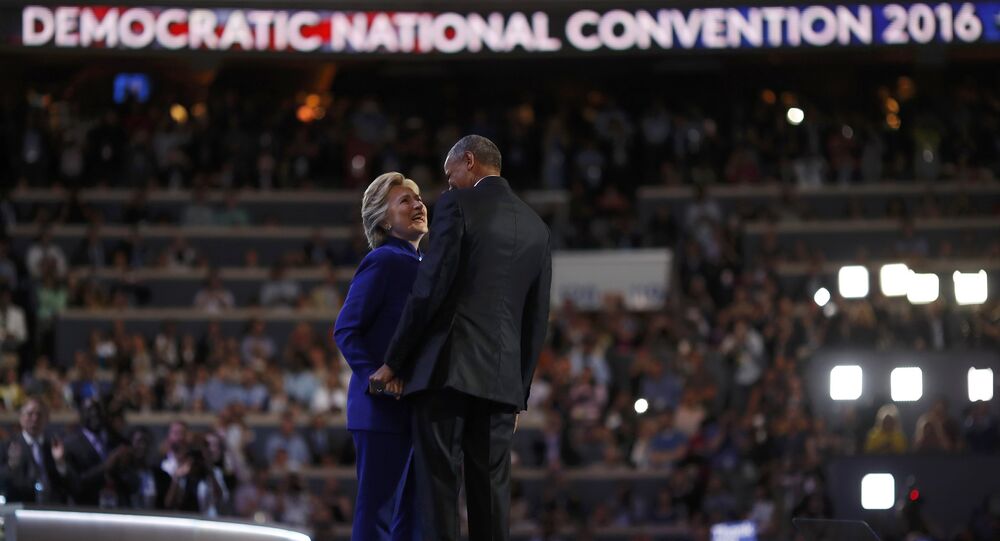 US President Barack Obama said that the first presidential debate has shown that Republican nominee Donald Trump lacks preparation and temperament to pave a path forward for the United States.

WASHINGTON (Sputnik) — After Monday night’s first debate between the two main US presidential candidates of 2016, most polls showed likely voters declaring Hillary Clinton the winner. According to a CNN/ORC poll released Tuesday, 62 percent of respondents said the Democrat outperformed Trump, while 27 percent believed he won.

"[Trump] doesn't have the preparation, the temperament or the core values of inclusion and making everybody have opportunity that would take our country forward," Obama told the US radio show "On Air with Ryan Seacrest."

The second of three Clinton-Trump debates is scheduled for October 9. On October 4, the two US vice presidential nominees, Democrat Tim Kaine and Republican Mike Pence, will debate each other.