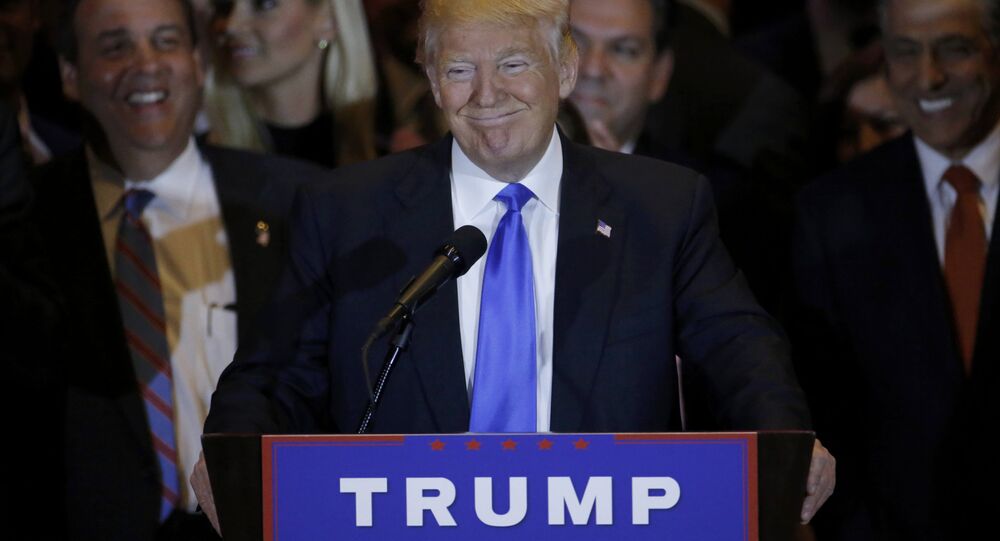 There is no proof that Russia or any state actor is responsible for the cyber intrusion into the Democratic National Committee’s email server, Republican presidential candidate Donald Trump said during the first US presidential debate.

WASHINGTON (Sputnik) —Trump made a remark, while responding to Clinton's claim that there is no doubt that the Russian government has carried out cyberattacks against the United States and many of its organizations.

Earlier in the debate, Democratic nominee Hillary Clinton claimed that there was "no doubt" Moscow had used cyberattacks against US organizations.

Clinton partisans and other US politicians have accused Russia of attempting to interfere in US elections, including through cyberattacks on the Democratic Party and state voting systems.

The Kremlin has called the hacking claims absurd and stressed that Russia has no desire to influence the US election.