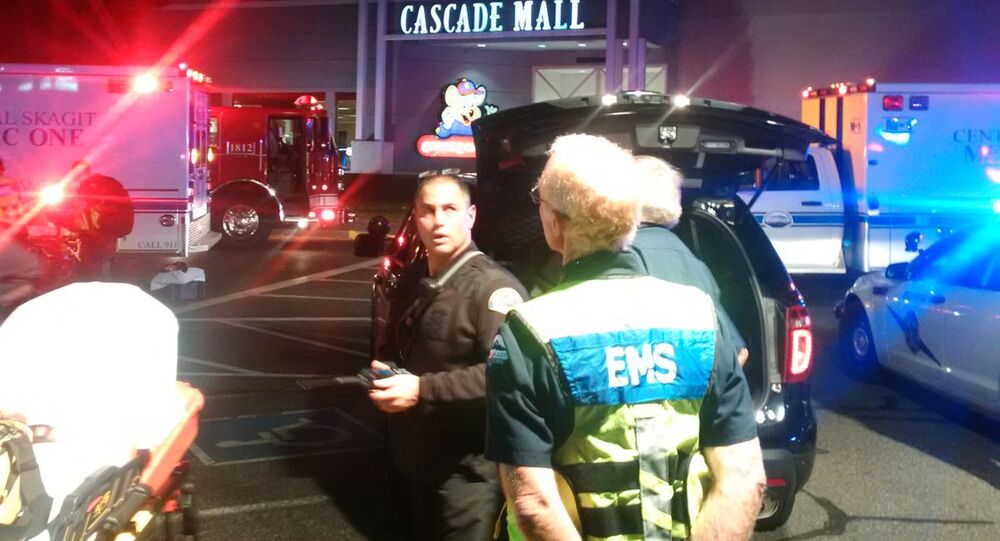 3 people were killed in a shooting at the Cascade Mall in Burlington.

MOSCOW (Sputnik) – Three people were killed in a shooting at the Cascade Mall in Burlington, Washington, and one is in hospital in critical condition, police have confirmed. The casualty count, as announced by the police, has changed several times over the course of the police investigation. Initially, police said that at least four people were killed before revising the number down to three dead and two injured.

EMS starting to enter to attend to injured inside Mall w/ police escort and after initial clearance. pic.twitter.com/Nkfb7co6sa

In the latest update, Official Washington State Patrol District 7 Public Information Officer Sgt. Mark Francis said that four people have been killed in the incident, all of these female, The Seattle Times newspaper reported on Friday. ​The shooting occurred at about 07:20 pm local time on Friday (02:20 GMT on Saturday) at the Cascade Mall which is about 65 miles north of Seattle, according to Q13 FOX.

Police reportedly arrived at the scene at 08:00 pm.

​According to Francis, the shooter is a "Hispanic male wearing grey."

Several police teams are reportedly sweeping the mall and a police helicopter has also been sent to the scene. According to Francis, the initial clearance has been completed.

Here is the shooter. We believe just one shooter. Notify authorities if you see him. Armed with rifle. pic.twitter.com/GXeWCPYnx5

​Police also believe that a single man armed with a rifle carried out the shooting.