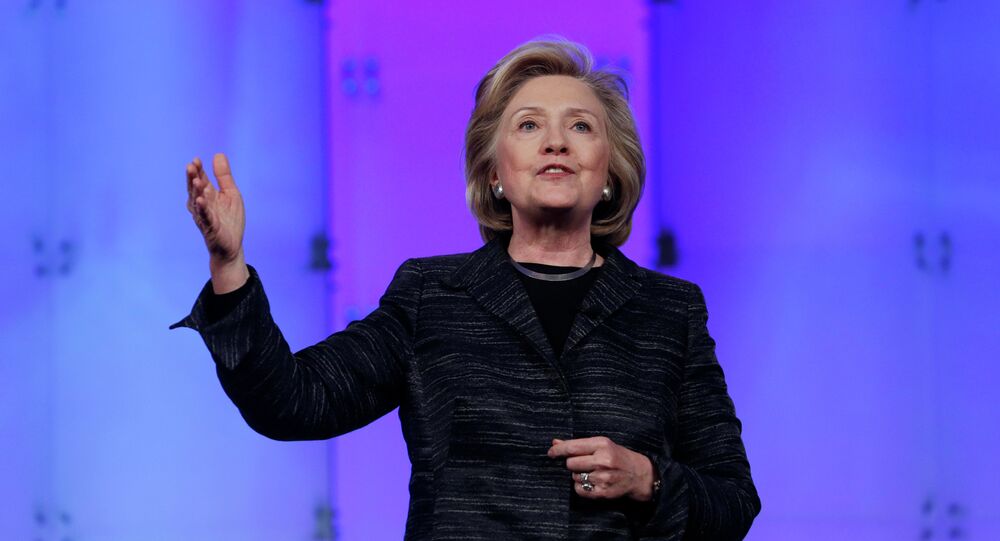 Can the Clinton Foundation’s Reputation be Saved?

In the wake of the 12th Clinton Global Initiative (CGI) annual meeting, host Brian Becker of Radio Sputnik’s Loud & Clear discusses with Daniel McAdams, executive director of the Ron Paul Institute for Peace and Prosperity, the image of the Clinton Foundation and its impact on the upcoming presidential election.

The Clinton Foundation has lately been viewed in the media as "an organization that's been involved with pay to play." Daniel McAdams suggests that this view is reminiscent of "the stereotypical third world corrupt government where you can buy influence, if you have more power, you can get more power by being well-connected."

© Photo : Youtube/AJ+
US Clinton Foundation to Honor Wife of Terrorist at Tuesday Event - Trump Campaign
Although a philanthropic organization that funds health care and many other social-justice initiatives, the Clinton Foundation has suffered from accusations that it provided access to the US State Department for those who donated. In the event that candidate Clinton wins the election, the organization has promised to stop accepting donations, the Clintons have stated.

According to McAdams, "the whole situation is odd. It was founded to do good work, to be a global charity […] but it's just the appearance of "reputation laundering."

The organization was founded after the Yugoslav war, in which some 28,000 bombs and missiles were dropped on Serbia, killing thousands of people. Following the events, Clinton stated, "I am the one who is going to provide health care for the needy." McAdams points out that war is profitable in many ways for the US, its governing bodies and its security and weapons-manufacturing companies.

McAdams states that there is lack of transparency in the daily operations of the foundation. "We are supposed to be a transparent society," he offered.