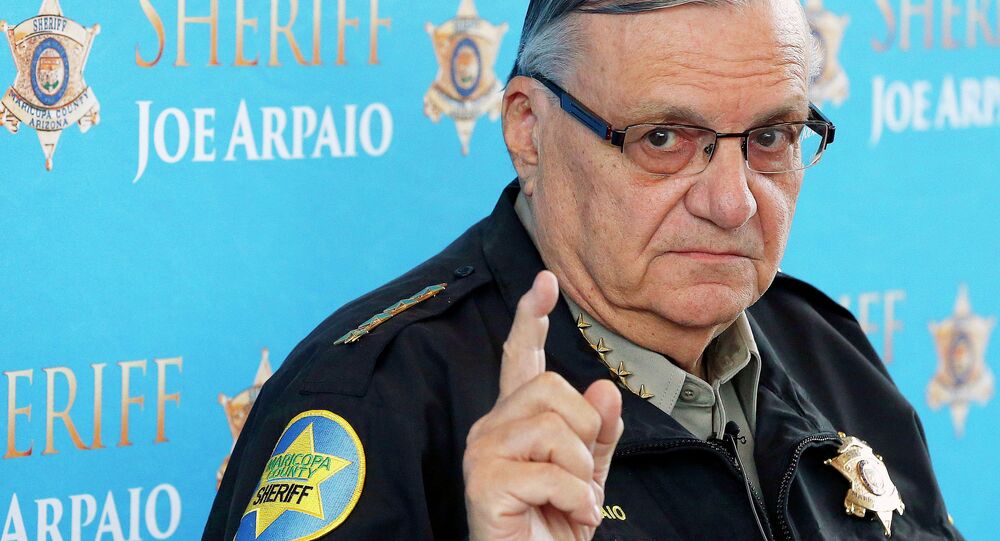 Despite the fact that even Donald Trump has acknowledged that US President Barack Obama was in fact born in the United States, Arizona Sheriff Joe Arpaio, one of the former’s most vocal supporters, is refusing to let the issue die.

“I’m not going to give up, and we’re looking into it,” the notorious Maricopa County sheriff told the group, according to the Arizona Republic. “I don’t know how it’s going to turn out.”

Arpaio, disgraced and censured by courts in his own state for his brutal treatment of prisoners and undocumented immigrants, claimed that his quest was not about Obama’s birthplace, but rather it was a hunt for forged documents.

“I don’t care where he’s from,” Arpaio told his supporters. “We are looking at a forged document. Period.”

He also insisted that his investigation has nothing to do with Trump.

“I had nothing to do with Trump on the birth certificate,” Arpaio continued. “We did it on our own, because of you guys.”

The so-called birther issue, regarding President Obama’s natal origins, has been a hot topic in the current election, with partisans on both sides pointing to the other candidate as having started the rumors.

Trump long publicly questioned Obama’s birthplace, but turned away from his accusations last week during a news conference.

Many have accused Hillary Clinton’s 2008 White House campaign of having spread the rumors.

Fingers continued to point last week, after McClatchy’s former bureau chief James Asher alleged that Clinton confidant Sidney Blumenthal had approached him with a story that Obama was born in Kenya.