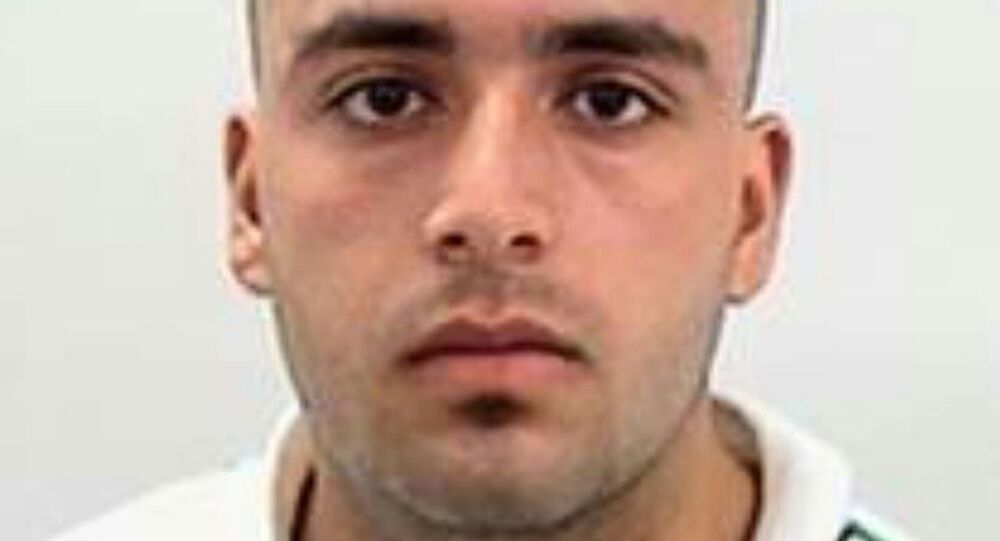 The family of Ahmad Rahami, the man arrested Monday who’s suspected of three bombings in New York and New Jersey, owns a fried chicken restaurant, and now Yelp has begun removing an angry flood of comments from people reacting to the news.

© REUTERS / FBI
New York, New Jersey Bombing Suspect Previously Known to US Authorities – Reports
On Sunday evening, five members of the Rahami family were stopped by the FBI near the Verrazano Bridge in New York City and taken into custody for questioning. A stash of weapons was found inside the vehicle, but it remains unclear what kind of weapons they were or whether they were legal. None of the relatives have been arrested or charged as of Monday afternoon.

Early Monday morning, it was reported that law enforcement is concerned that there may be an active terror cell in the area.

The restaurant has long been the subject of controversy, as it was open 24 hours a day. The City Council voted to force them to close at 10 PM, resulting in the Rahami family filing a lawsuit alleging Islamophobia.

“Despite their legal right to keep the restaurant open past 10 PM, defendants, each and every one of them, with reckless disregard and deliberate indifference to plaintiffs’ constitutional rights of liberty, due process, and equal protection embarked on a course of conduct to harass, humiliate, intimidate, retaliate against and force plaintiffs to close their business by 10 PM by filing complaints, tickets, summonses and charges relating to the subject ordinance, claiming that the business hours of the restaurant needed to be limited. The tickets summons and complaints were all baseless, unfounded and designed solely to intimidate and harass plaintiffs,” the lawsuit read.

The family’s case was ultimately dismissed, but they nonetheless refused to comply with the order to close earlier.

In one case, as they were breaking the closing curfew, officers arrived and an altercation with Ahmad’s brother ensued. Before having to appear in court, the brother fled to Afghanistan.

“There was lots of noise, it was open 24 hours, neighbors in this neighborhood complained,” Elizabeth Mayor Chris Bollwage stated, while addressing the press outside the restaurant. “The city of Elizabeth could not tolerate all of the hours they were open… [the family was] disruptive in the neighborhood for many, many years.”

The restaurant, which previously held a 4.5-star Yelp rating, is now being bombarded with one star ratings, anti-Muslim commentary, and lots of bad bomb puns.

“Big let down. I had very high expectations as I had heard about the explosive flavors but found them to be severely lacking. Instead of taking my taste buds to paradise, the chicken waged a jihad on my insides! The Mecca of fried chicken, this is not. I don't want to sound like a martyr, but let my disappointing experience serve as a warning to you,” a user wrote.

Another user wrote that the chicken is “dry, disgusting, and seasoned with HATE.”

“This place missed the train on what good food is all about, they kept taking pot shots at it but missed the mark every time. I would run a 5K just to avoid eating here,” a Long Branch, NJ, resident wrote.

© REUTERS / Rashid Umar Abbasi
NYPD Seeks 28-Year-Old Ahmad Khan Rahami of Afghani Origin in Connection to Pressure-Cooker Bomb
As businesses that make the news are frequently targeted on Yelp, the rating website has instituted a system to filter comments that are memes or reactions to press, instead of legitimate reviews. That process began Monday afternoon.

“While we don’t take a stand one way or the other when it comes to these news events, we do work to remove both positive and negative posts that appear to be motivated more by the news coverage itself than the reviewer’s personal consumer experience with the business,” a cleanup alert on the restaurant's Yelp page states.

“As a result, your posts to this page may be removed as part of our cleanup process beginning Monday, September 19, 2016, but you should feel free to post your thoughts about the recent media coverage for this business on Yelp Talk at any time,” the pop-up said.

Yelp Talk is a city-based message board in which users discuss area-based issues.