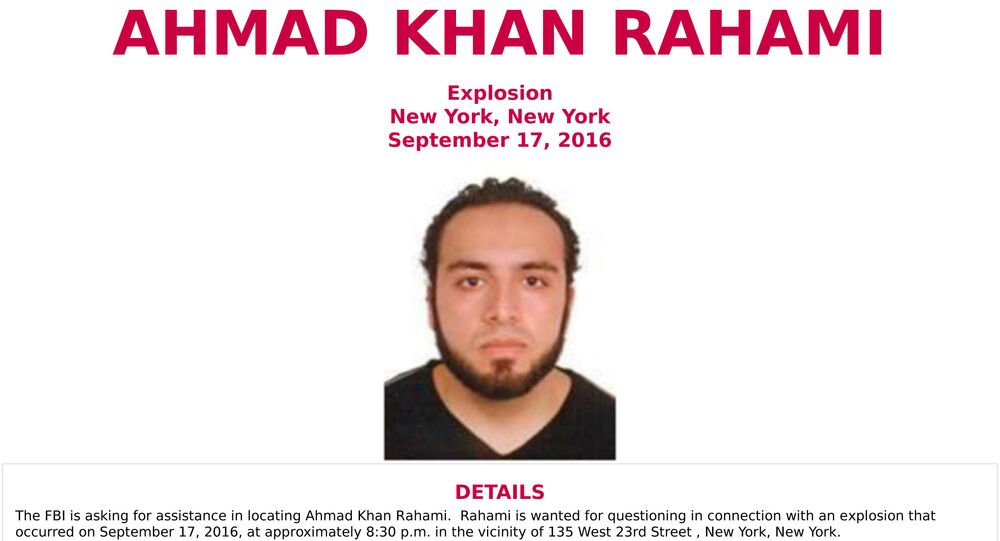 "My understanding is that the suspect is currently undergoing surgery, but unfortunately I don’t have any further details on his condition," Park told reporters.

© REUTERS / New Jersey State Police
New York, New Jersey Bombing Suspect Rahami Shot by Police
Earlier on Monday, two Linden, New Jersey police officers confronted and shot Rahami outside a bar. One officer was struck in an exchange of gunfire and a second was injured by glass, but neither is in critical condition, Park explained.

On Saturday night, an explosion in New York City’s Chelsea neighborhood injured 29 people. A second device was discovered on nearby 23rd Street.

Earlier in the day, a bomb exploded near a US Marine Corps charity race in the city of Seaside Park, New Jersey, about 80 miles south of New York. No one was hurt in the New Jersey incident.

On Monday morning, a third bomb exploded near a train station in Elizabeth, New Jersey as police were trying to disarm the device.