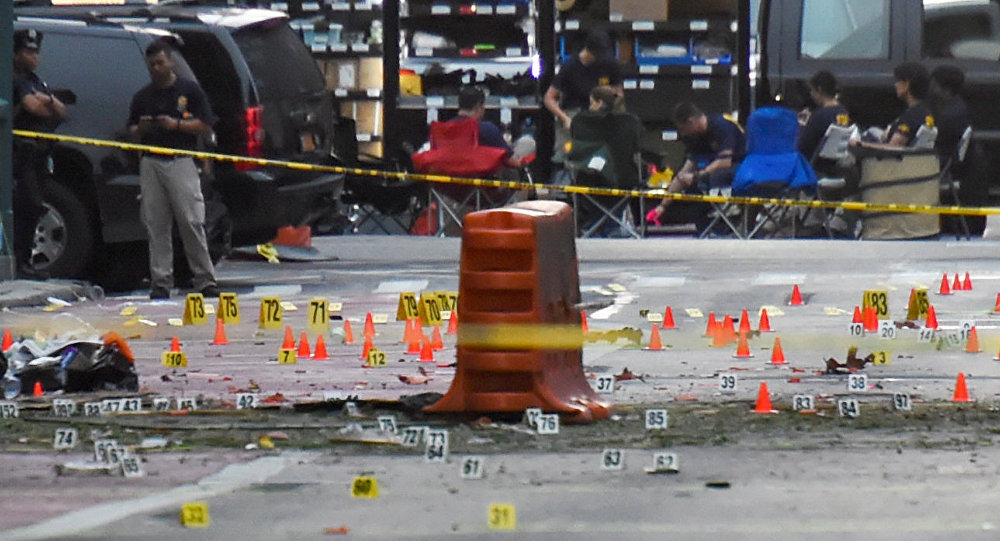 "Wanted: Ahmad Khan Rahami, 28 year old male, is being sought in connection with the Chelsea bombing," NYPD Assistant Commissioner J. Peter Donald wrote on his Twitter account with a photograph of the suspect.

© REUTERS / Rashid Umar Abbasi
New York City Blast: What is Known So Far About Manhattan Explosion
The NYDP has released the photo of Ahmad Khan Rahami who is wanted for questioning.

New York City Mayor Bill de Blasio said in a CNN interview that Rahami, a naturalized US citizen of Afghani origin, could be "armed and a dangerous." In a previous interview with ABC's Good Morning America, de Blasio said the investigation was "definitely leaning" in the direction of terrorism.

New York Governor Andrew Cuomo said that "today's information suggests it may be foreign related, but we'll see where it goes."

On April 15, 2013, two pressure cooker bombs exploded close to the finish line of the 2013 Boston Marathon killing three people and injuring 264 others.