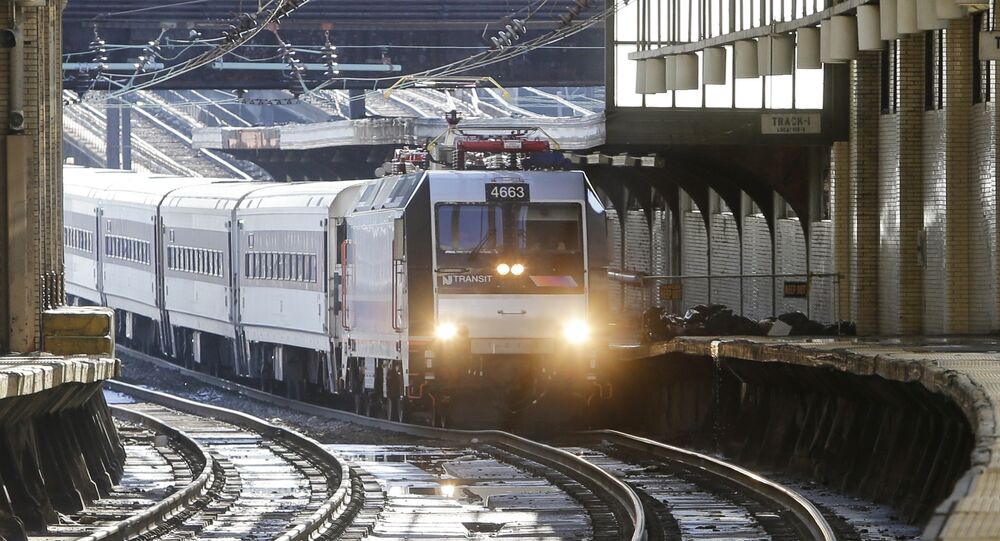 A blast has taken place near a train station in New Jersey where a suspicious device was found earlier.

According to the NJ Advance Media, the explosion occurred when a bomb robot was examining the device and it was a controlled blast, the NBC News said citing authorities. Now immediate reports of any injuries have been issued.

A possible explosive device was found near train tracks in Elizabeth, New Jersey, earlier, when a homeless man found a pipe and wires in a white bag while rummaging through garbage. The commuter train services were suspended and the area was evacuated.

According to the NBC News network, no damage was visible immediately after the powerful blast. Five people are being questioned, and other suspicious objects are being probed.

© REUTERS / Rashid Umar Abbasi
Law Enforcement: New York, New Jersey Terror Attacks Were by Same Serial Bomber
On Saturday, a bomb exploded near a US Marine Corps charity race in the city of Seaside Park, New Jersey, about 82 miles south of New York City. Runners had been scheduled to run by the area at the time when the bomb exploded, but had been delayed.

On Saturday night, a total of 29 people were injured in the explosion that hit New York City's Chelsea neighborhood in Manhattan. Another device was found in the region but it had failed to detonate.