Two weekend explosions in the US states of New Jersey and New York were set off by cell phones, US media reported on Sunday, citing law enforcement sources.

WASHINGTON (Sputnik) — According to the ABC News broadcaster, investigators are exploring the possibility that the two explosions are linked to the same suspect or suspects. 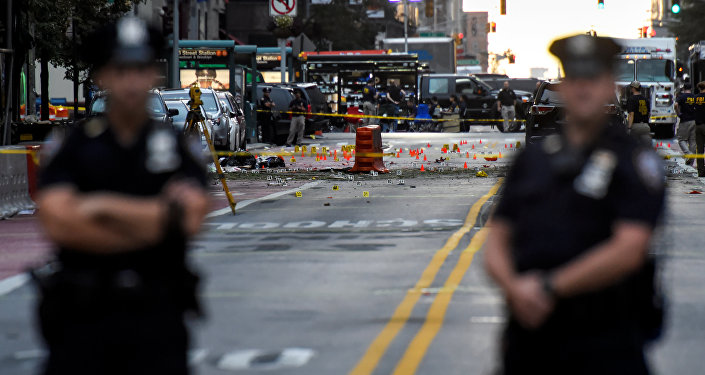 Earlier on Saturday, a bomb exploded near a US Marine Corps charity race in the city of Seaside Park, New Jersey, about 82 miles south of New York City. Runners had been scheduled to run by the area at the time when the bomb exploded, but had been delayed. A spokesperson for the Ocean City Prosecutor’s Office said as many as three other devices that were wired to the pipe bomb did not go off.

New York State Governor Andrew Cuomo said on Sunday that investigators do not believe the New York incident was related to international terrorism.