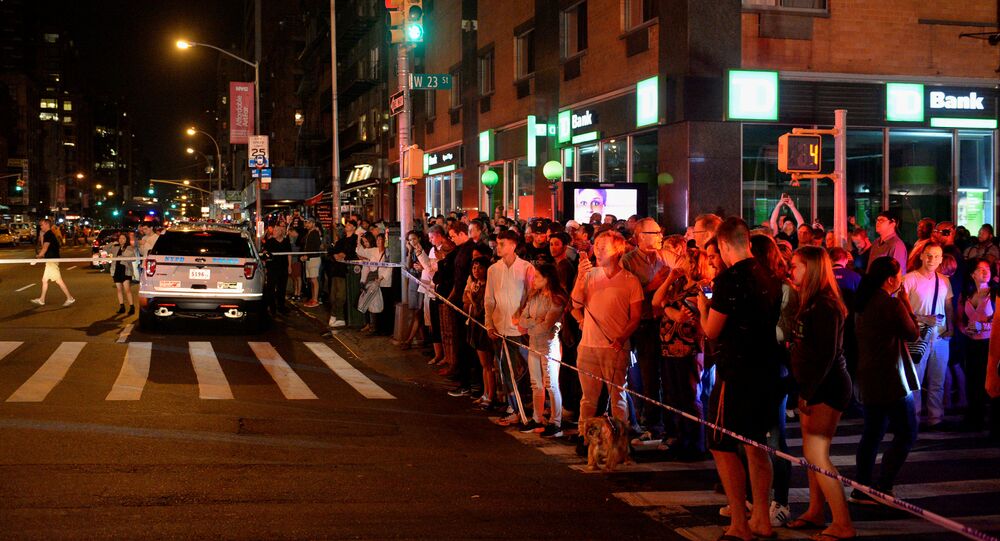 An explosion erupted overnight in the busy Manhattan neighborhood of Chelsea, injuring 29 people. According to the governor, all those injured have since been released from hospitals. However, social media has been buzzing with posts of support and anger as the investigation continues.

Under the #PrayforNYC hashtag, social media sites were filled with messages of support for those in New York.

#PrayForNYC What makes me sad is that the world has become such a terrible place. So bad that we have to pray for a city on a regular basis.

#PrayForNYC what happened in NY is awful but what is even more awful is that this happens in other countries everyday #prayfortheworld!!

i feel like there's literally nowhere to be safe and it's saddening.#PrayForNYC

2016 has been an awful year! Let's hope we can learn from our mistakes and make 2017 better #PrayForNYC

When will this ever stop💔 #PrayForNYC

​New York State Governor Andrew Cuomo said Sunday that no connection to terrorism had been found regarding the last evening’s blast in Manhattan.

"I have been briefed by all the relevant agencies. At this time there is no evidence of an international terrorism connection with this incident. But it very, very early in the investigation," Cuomo told reporters.

However, many expressed anger that the attacks have not yet been labelled acts of terror.

We all know who was responsible for the #Chelsea bombing as well as the minessota stabbing at the mall. Accept it and deal with the problem.

So someone can create a bomb, set it off in a public place, injuring innocent citizens…and NOT be a terrorist? How? #Chelsea #PrayForNYC

​People also highlighted the similarities between the “secondary device” found four blocks away, comprising of a pressure cooker with wires attached to it and that of the Boston Marathon bombings in 2013.

​As elections are looming some could not resist but to turn this incident to score political points.

We need @realDonaldTrump's leadership in the White House. Time to get tough with these savages #PrayForChelsea #PrayForNYC

Some people are just really dumb. Especially those Clinton Supporters. They are denying that this is a terrorist attack. #PrayforNYC

​The explosion took place at the intersection of 23rd Street and 6th Avenue at 8:30 p.m. on Saturday (00:30 GMT Sunday). Investigators reportedly said that the bomb had been planted inside or near a dumpster in a crowded area where multiple bars and restaurants are located.