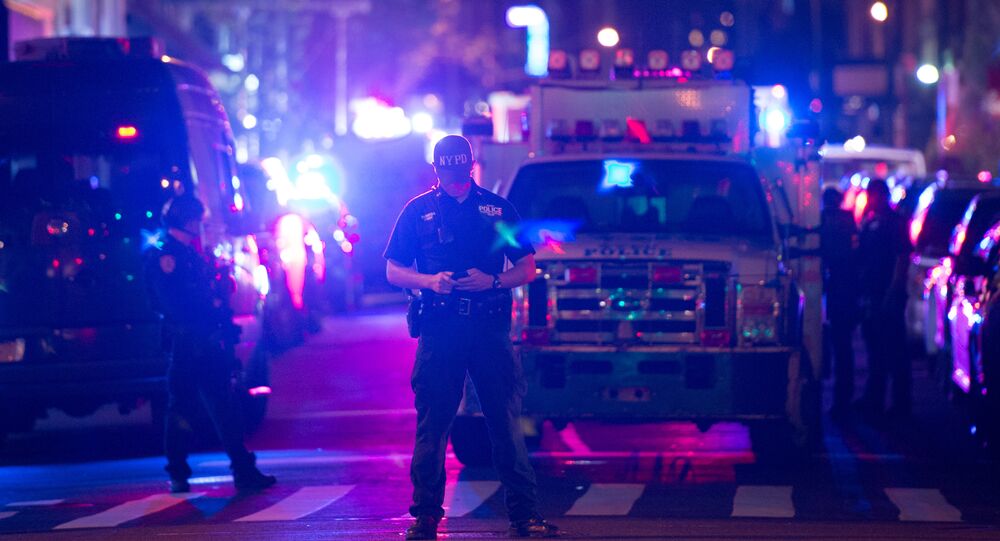 New York State Governor Andrew Cuomo said there was yet no evidence of any links between the Manhattan explosion, which wounded 29, and international terrorism.

MOSCOW (Sputnik) — New York State Governor Andrew Cuomo said Sunday that no connection to terrorism had been found regarding the last evening’s blast in Manhattan.

"I have been briefed by all the relevant agencies. At this time there is no evidence of an international terrorism connection with this incident. But it very, very early in the investigation," Cuomo told reporters.

"We have to reason at this time to believe that there is any further immediate threat, but just to err on the side of caution we will be deploying close to an additional 1,000 New York State Police and National Guard people to police the bus terminals, airports and subway stations," he said.

An explosion erupted overnight in Manhattan's busy Chelsea neighborhood, injuring 29 people. According to the governor, all those injured have since been released from hospitals.

Whoever did this, we will find and they will be brought to justice. Life will go on in NY as normal. We're not going to let them win.

All 29 victims have been confirmed released from the hospital with no fatalities. We give thanks for that.

The explosion took place at the intersection of 23rd Street and 6th Avenue at 8:30 p.m. on Saturday (00:30 GMT Sunday). Investigators reportedly said that the bomb had been planted inside or near a dumpster in a crowded area where multiple bars and restaurants are located.