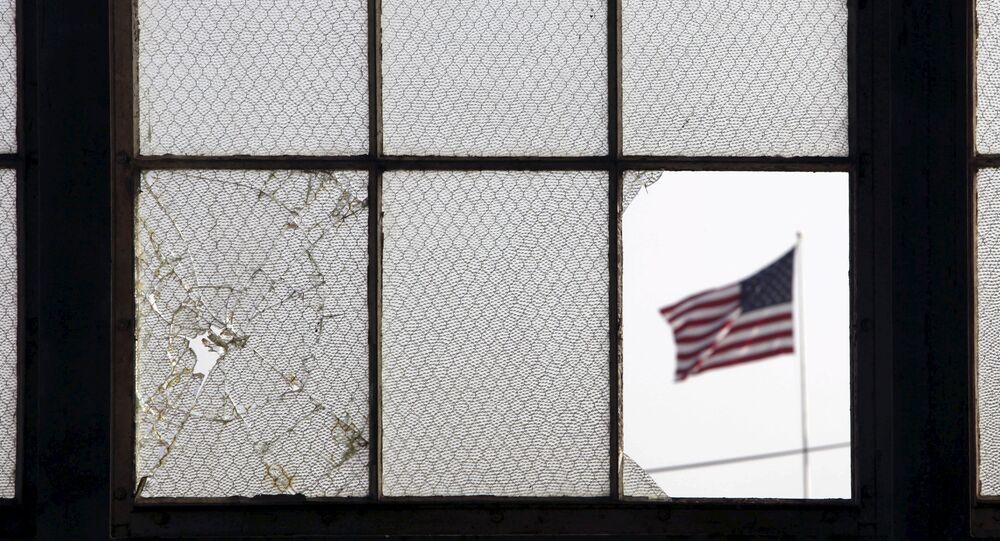 Why US Presidential Candidates 'Do Not Talk About Guantanamo'

The US House of Representatives has passed a bill that would block transfers of detainees from the Guantanamo Bay prison to the US mainland or any foreign country. US President Barack Obama has already promised to veto the measure. Radio Sputnik discussed the issue with Security Human Rights expert with Amnesty International USA, Elizabeth Beavers.

“There is so much fear mongering and misinformation when it comes to Guantanamo and they [politicians] are exploiting it for political purposes,” Beavers told Sputnik.

Talking about this exploitation, she said that there is a lot of misinformation about who is actually in Guantanamo.

“There are 61 individuals that are left, 10 of them are being put through charges via military commission process. The rest have never been convicted of a crime, so they have never even been charged. These individuals have been waiting for more than a decade behind bars, in Amnesty’s view that is unlawful because every single detainee must be charged and given a fair trial or they have to be released,” the human rights expert said.

She further spoke about how some of the detainees were picked up as teenagers and have spent their entire youth behind bars in Guantanamo.

© Sputnik / Mikhail Klementiev
Putin Slams US Presidential Candidates for Playing Russian Card
The bill that was passed by the US House of Representatives is unlikely to move forward in the Senate but the news comes just days after a US intelligence report revealed that two more militants have once again become involved in terrorist activities since being released from Guantanamo.

Talking about that, Beavers said that Guantanamo was started out of fear and panic back in the Bush administration. However, it was not the right way to go about it.

Beaver said that for President Obama it is important to veto the measure which was stated in the recently passed bill.

“The president needs to hurry up and get this thing closed because it has taken a very long time already,” Beaver said.

Talking about the people who have left Guantanamo and joined military armed groups, Beaver said that it might be happening because Guantanamo is not a prison and has never been one.

“Guantanamo is not a place where people who have done something wrong are serving a sentence, they were just picked up. Some were taken over mistaken identity; a huge number of people were sold to the US for bounty,” she said.

Beaver further added, “Some people were just at the wrong place at the wrong time and while certainly there are some who were convicted for their activity, they still never got a fair trial. So these people are not exactly re-joining because they never joined in the first place.”

She said that the US can’t just lock people up because they might turn bad one day. Either we convict them with a trial or we set them free. That is how the law works.

© AP Photo / ANDRES LEIGHTON
Life After Gitmo? Two Innocent Guantanamo Inmates Sent to Serbia
Beaver also spoke about the future of the prisoners who leave Guantanamo and how the US is responsible for giving them their life back and helping them resettle in society.

She also spoke about the upcoming US elections and how it is “unfortunate that the presidential candidates refuse to talk about the Guantanamo issue”. She said that it has become a quintessential issue which stands in the way of human rights and diplomacy.

“It is unfortunate that they don’t talk about it because the decisions that the future president will make will have implications for generations to come. It is important to stay engaged and have adult conversation about what is going on with Guantanamo,” Beaver said.

The expert further said that it should not seem like people discussing Guantanamo stand against the US values, because throwing a prisoner into a dark hole is against the US’ values in the first place.

“Just some facts about Guantanamo, how people got there, who exactly is there? These things start challenging people’s assumptions,” Beaver added.

The human rights expert also said that giving a fair trial to the Guantanamo prisoners would also mean giving justice to the families of victims of 9/11.

US Sends Guantanamo Detainees Abroad, but Will the Torture Center Ever Close?