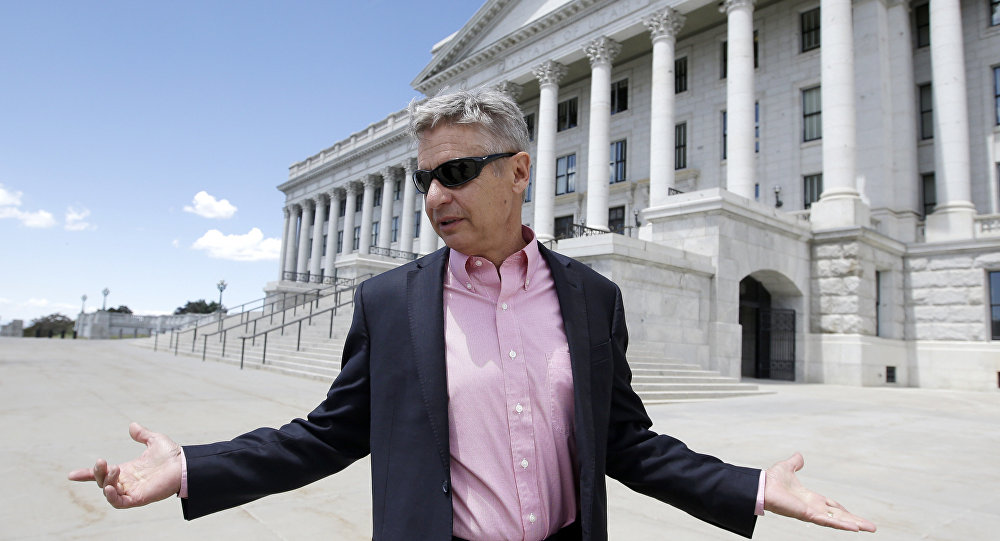 US Libertarian Party presidential nominee Gary Johnson and Green Party hopeful Jill Stein are not elegible for participating in the first presidential debate, as they don't have sufficient support from the US electorate, the Commission on Presidential Debates said in a statement on Friday.

WASHINGTON (Sputnik) — The third party candidates running for US president will not take the stage at the first presidential debate on September 26, the statement reads.

© AP Photo / Alex Brandon
Green Party’s Jill Stein Pledges 'Truth' About 9/11 Attacks if Elected President
Candidates needed to have an average of 15 percent of the vote in five specific national polls in order to participate in the debate. Libertarian Party nominee Gary Johnson only had 8.4 percent and Green Party nominee Jill Stein had 3.2 percent, the commission added.

Johnson and Stein can still qualify for the two other debates which will take place in October if they improve their standings in the polls.