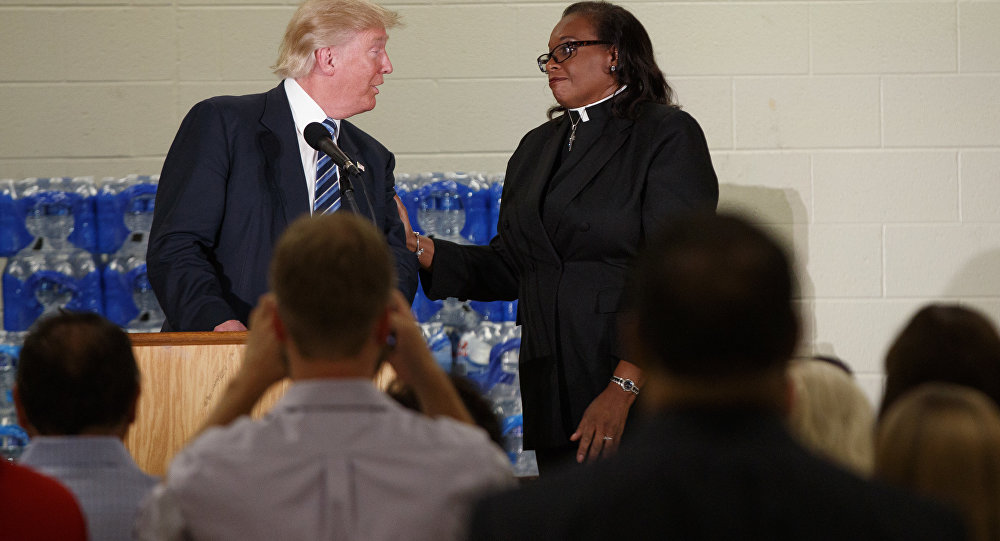 In a rare instance, Republican presidential candidate Donald Trump allowed himself to be interrupted mid-speech. The momentary glimpse of humility, however, did not last long.

On Wednesday, the Republican hopeful was invited to speak at a church in Flint, Michigan, to discuss the city’s water crisis. Perhaps predictably, his speech drifted into an attack on his political opponent, Democratic presidential nominee Hillary Clinton.

As Trump ramped up his rhetoric the church’s pastor, Reverend Faith Green Timmons, was able to accomplish something no moderator or pundit has been able to manage the entire election cycle, she forced Trump to stay on message.

"Mr. Trump, I invited you here to thank us for what we’ve done in Flint, not give a political speech," she said, interrupting Trump on stage.

"Ok, that’s good, then I’m going back onto Flint, ok," said the billionaire. 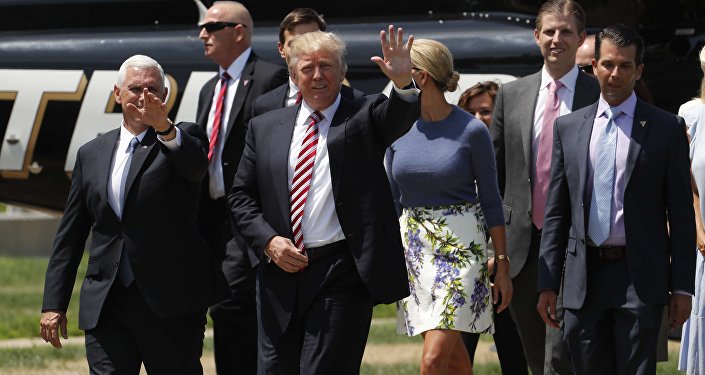 On Thursday morning, however, Trump appeared on Fox & Friends to call the pastor a "nervous mess."

"When she got up to introduce me, she was nervous. She was shaking! And I said, 'Wow, this is sort of strange,' and then she came up," he said.

The billionaire suggested that Timmons had been planning to entrap him all along.

"She had that in mind, there’s no question about it," he said. "Everyone plays their games, it doesn’t bother me. I’ll tell you what made me feel good – the audience was saying, ‘Let him speak, let him speak.’ And the audience was so great…but she was so nervous, she was like a nervous mess, so I figured something was up."

Reverend Timmons responded to Trump’s accusations in a statement on the church’s Facebook page.

"The United Methodist Church has open hearts, open doors and open minds. Mr. Trump’s campaign claimed he was swinging by and stepping through only to greet the volunteers and thank them with no political rhetoric of any kind," she said. "That was stated. When it went further than that I did exactly what we agreed I would do."

"Had he stuck to what his camp claimed he came to do, we would not have had a problem! – Good night," she wrote on her own Facebook page.

"I would not let others [the hecklers at the event] make this a platform to disrespect him either. He said his ONE goal was to learn more about the water situation and observe and thank the volunteers in action."

Timmons’ church has organized a number of events to help raise money and distribute bottled water and other supplies throughout the crisis.

Over 100 US Celebrities Launch Campaign Against Trump