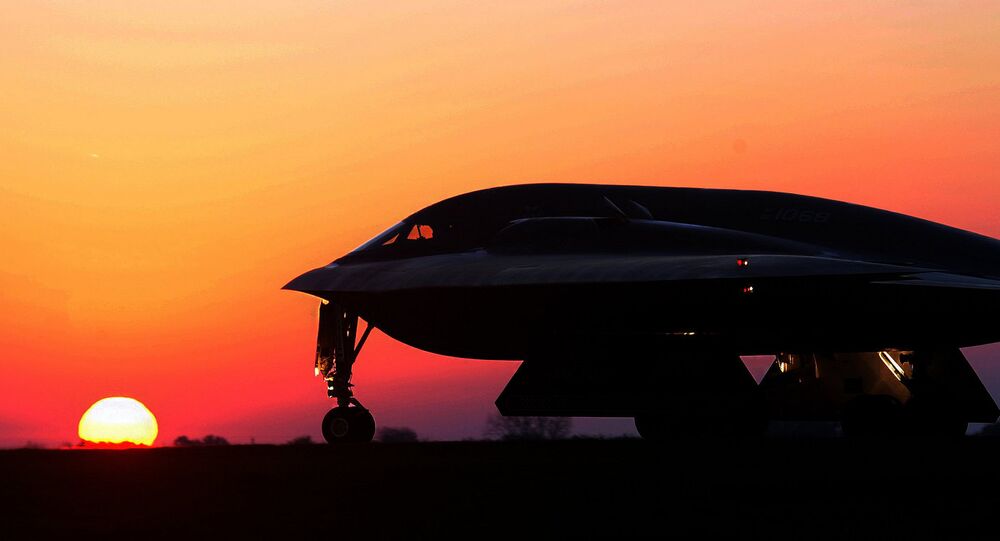 The US B-2 Spirit aircraft is getting important upgrades in the form of new ejection seats, the latest improvement to keep the stealth bomber effective for the foreseeable future.

According to a Defense Department contract announcement released Tuesday, "AMI Industries Inc., a United Technology Corp. Aerospace Co., Colorado Springs, Colorado, has been awarded a $14,374,531 firm-fixed-price contract for the B-2 Advanced Conception Ejection Seat (ACES) II Safety and Sustainability Program (SSIP)." Development and testing is to be completed by the end of 2018.

© CC0
Pyongyang: US to Use B-2 Bombers for Preemptive Nuclear Strike on North Korea
The B-2 Spirit is a multi-role bomber capable of delivering both conventional and nuclear weapons. It is "able to penetrate an enemy's most sophisticated defenses and threaten its most valued, and heavily defended, targets," according to Military.com.

The upgrade is aimed at enhancing the safe escape of Air Force pilots while reducing the cost and time of maintenance and installation of the seats. The aircraft will have a detachable seat back and a "bucket structure" that will allow maintenance without having to remove escape hatches.

The glass cockpit of the stealth bomber accommodates two people, a pilot and a mission commander.

"It is a dream to fly. It is so smooth," Maj. Kent Mickelson, director of operations for 394th combat training squadron, told Scout Warrior. "It is really an awesome bombing platform and it is just a marvel of technology," he said.

Other improvements to the B-2 will include upgrades to communication, software, weapons and stealth architecture. The bomber is slated to receive enhanced detection-proof features that will increase the difficulty of detection. Many aspects of the craft's construction are classified, but it is known that composite materials and a unique exterior coating contribute to its stealth capabilities.