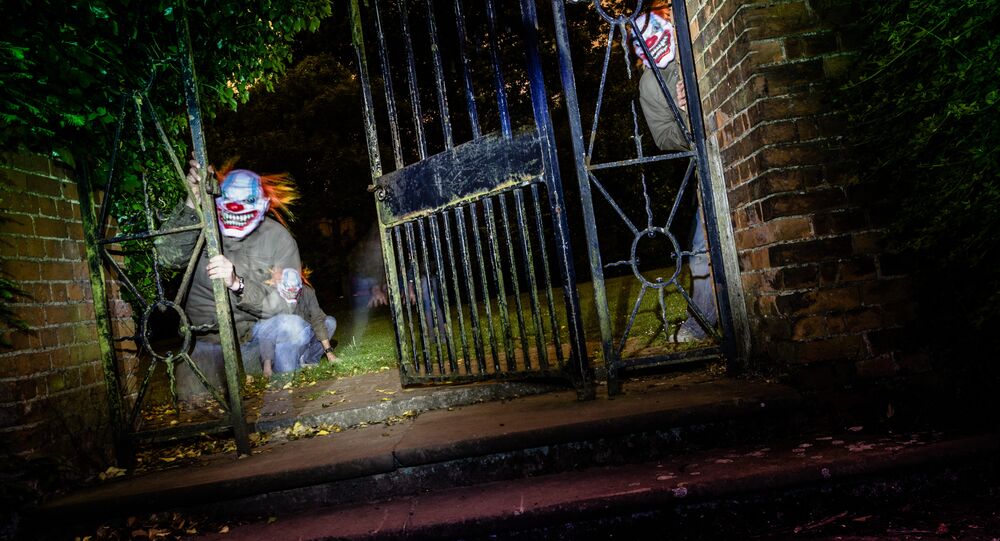 A South Carolina town has been spooked by clowns reportedly popping up in various locations since August, and now the red-nosed torment has spread to Georgia.

© Sputnik / Alexandr Kryazhev
Horror Master Stephen King Himself Spooked by South Carolina Clown Sightings
Police in LaGrange, Georgia, are searching for a person who created a Facebook page on which they threatened to dress up like a clown and abduct children from local elementary schools.

While there have not been any clown sightings in the area, the local police department is taking the threats seriously.

“Tonight we’ve received several calls about clowns in a van and in wooded areas trying to talk to children. This behavior is not cute or funny. Understand that if officers see this behavior, you’re going to have a conversation with them. And, if applicable, you may face criminal charges,” the LaGrange Police Department posted to their Facebook page on Monday.

In Dublin, Georgia, nearly a three-hour drive from LaGrange, there was a report of a clown in the road that caused a car crash on Friday.

“No one saw a clown at the time of the accident,” Dublin Police Chief Tim Chatman told local station 11 Alive. “It was a family member that reported it several hours later — that it was the reason why this accident occurred; because someone was in the road dressed like a clown.”

The department has not ruled out the existence of a clown.

“We can't say for certain that someone hasn't seen anyone looking like a clown, but we have had several reports where we assigned an investigator with this situation and we have yet to substantiate,” said Chatman.

“A car came up behind us and parked. I didn't think much of it, until my sister started freaking out, and she told me they were dressed as clowns,” Michaela Brooks told the station.

“We could only see part of them because they were parked to the back of us,” she continued. “You could see the big hair, the afros.”

Meanwhile, a South Carolina town has been plagued with clown sightings since August 21 and reports have been steadily rolling in ever since.

The Greenville police chief warned residents that clowning around will not be tolerated, as four more sightings of creepy clowns, some of whom have reportedly attempted to lure kids into the woods, were reported at the beginning of the month.

"It's illegal. It's dangerous. It's inappropriate, and it's creating community concern so it needs to stop," Miller said, citing a law that bans anyone over the age of 16 from wearing a mask or concealing their identity in public, unless related to their employment. He also stated that he is unsure if the sightings have anything to do with the upcoming Rob Zombie film 31.

Children who initially reported seeing the clowns told police that the colorfully-dressed characters “stay in a house located near a pond at the end of a man-made trail in the woods," according to a police report. When police searched the home in question, they found "no signs of suspicious activity or characters dressed in clown attire."

So far police have no leads in either state.

Person in Clown Mask Chases Boy With a Knife in Columbus