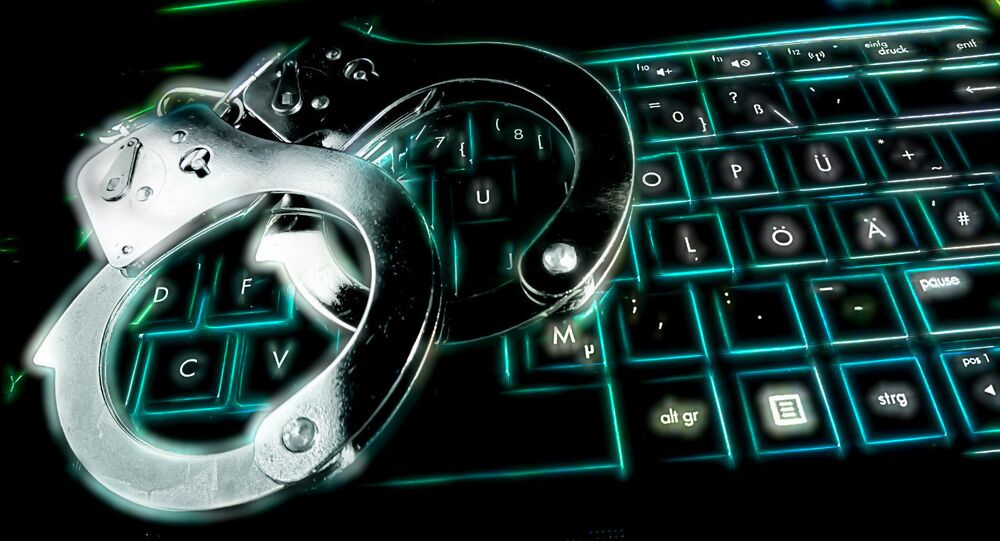 'Crackas With Attitude': Two Charged in Hacks on US Spy, Security Agencies

Andrew Otto Boggs, 22, and Justin Gray Liverman, 24, were arrested on Thursday in their home state and extradited to Virginia to appear at an Alexandria District Court on Tuesday and Wednesday.

© AFP 2021 / SAUL LOEB
Hacker Strikes Again: James Clapper’s Personal Email Taken Over
The duo is accused of being part of the hacking group “Crackas With Attitude,” who allegedly social-engineered access to Clapper’s personal email, home telephone and internet access, as well as his wife’s Yahoo email account. The group continuously expressed support for the Free Palestine movement, claiming it was their motivation for the hacks.

In October, WikiLeaks published some of the hacked contents of Clapper’s email account.

The Fed asserts that three of the Twitter accounts used to publish information from and about the hacks have been inked to Liverman: @_d3f4ult, @sh1n0d4, @bashtien_. Two others were linked to Boggs: @incursiosubter and @genuinelyspooky.

Boggs was arrested after investigators caught him logging on to an implicated Twitter account from an IP address registered to his father, whom he lives with.

'Long Live Gaza': Pro-Palestine Hacker Releases Info on 20,000 FBI Agents
Liverman was arrested under similar circumstances, logging into an account associated with an implicated account from an IP address belonging to his parents, with whom he lives. In the months prior to his arrest, Liverman had been publicly doxed by an anonymous Twitter user who linked his handles to accounts using his real name and photos.

At least three other members of the group, located in the United Kingdom, are currently under investigation by the Crown Prosecution Service. Two were arrested earlier this year — a 16-year-old and a 15-year-old — but have not been identified, as they are minors.

The UK teens are believed to be behind the majority of the hacks.

In October, the hackers stated that, on a scale of one to 10, 10 being the most difficult, hacking into Brennan’s accounts was a one.

© AFP 2021 / Jewel Samad
FBI, Secret Service Investigate Teen Who Hacked CIA Director’s Emails
According to court documents, one of the UK teens stated in a chat with other members of the group that he was at least partially inspired by his desire to prove that aliens exist.

While the court affidavit does not name the five individual victims, the story is easy to piece together based on the timing of the leaks and previous reports. The affidavit states that the group had called Verizon and posed as the victims in order to reset the passwords and gain access to the accounts.

Not content with simply accessing Clapper’s email, the hacker reportedly forwarded all of Clapper’s phone calls to activist Paul Larudee, the co-founder of the Free Palestine Movement organization.

Using the credentials of one of the victims, the hackers also gained access to the FBI’s Joint Automated Booking System (JAB) and the Law Enforcement Enterprise Portal, which allows law enforcement to share data in real time.

After accessing JAB, the group tweeted screenshots of activist-turned-political-prisoner Jeremy Hammond’s arrest records, including the names and phone numbers of the agents involved in his arrest.

FBI to Tell Other Agencies, Not Apple About How to Hack iPhone