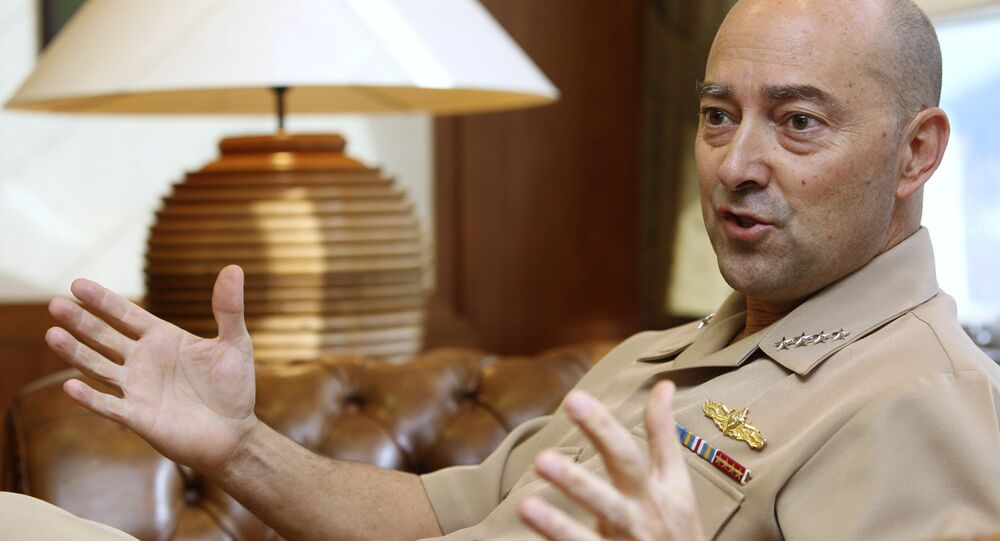 Disputes between the United States and Russia are significant but opportunities exist for cooperation on pressing global issues such as Syria and arms control, says NATO ex-commander James Stavridis.

"The disputes between Russia and the United States are significant, but we are not back in the Cold War and I assess the possibility of actual conflict between the US and Russia as very low," Stavridis, a retired US Navy admiral, said. "There are potential zones of cooperation: Afghanistan, counter-terrorism, counter-narcotics, piracy, the Arctic and other areas that might include, over time, both Syria and strategic arms control."

Although the United States and Russia negotiated a ceasefire agreement and developed a framework for standing up a Joint US-Russian Operations Center to coordinate airstrikes in Syria, Stavridis noted, concerns remain.

"We disagree on support for [Syrian] President [Bashar] Assad, who is a significant violator of international law and most importantly on the annexation of Crimea and the presence of Russian military troops in Ukraine," Stavridis said. "Competing cyber activities also create tension and overall it is a mixed picture, but there will be both cooperation and confrontation ahead.”

Russia has been conducting antiterrorism operations in Syria at the request of the legitimate government in Damascus. Russian officials have also said it is up to the people of Syria to determine who should govern their country.

Moscow has repeatedly rejected allegations that Russia has interfered in Ukraine affairs. Crimea reunified with Russia after over 96 percent of the local population supported the move in a 2014 referendum following the coup in Kiev that toppled former President Viktor Yanukovich.

Stavridis is the Dean of the Fletcher School of Law and Diplomacy at Tufts University and a Senior Fellow at the Johns Hopkins University Applied Physics Laboratory. He was the only US Navy officer to command the US Southern Command, US European Command and NATO.

US Command Admits Coalition Airstrikes in Syria Could Have Killed Civilians