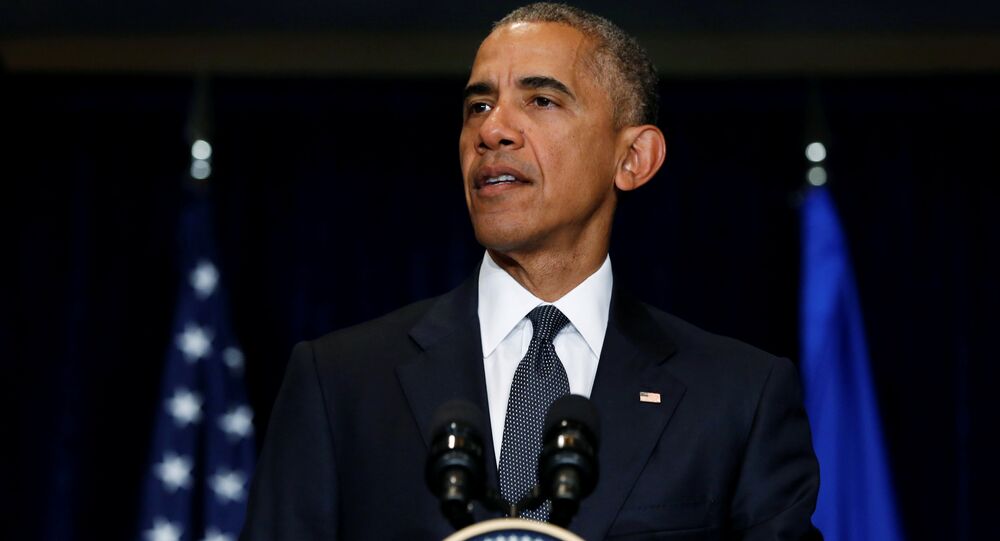 US President Barack Obama honored the memory of 9/11 victims in his weekly address ahead of the 15th anniversary of the terrorist attacks.

© AP Photo / Massoud Hossaini
US Squandered Global Goodwill After 9/11 by Waging Endless War – CIA Whistleblower
MOSCOW (Sputnik) – He noted that the United States made a number of achievements since the 9/11 attacks having devastating blows to the al-Qaeda leaders, brought justice to Osama bin Laden, strengthened homeland security and prevented new attacks.

“This weekend, we honor their [9/11 victims] memory once more. We stand with the survivors who still bear the scars of that day. We thank the first responders who risked everything to save others. And we salute a generation of Americans — our men and women in uniform, diplomats and our intelligence, homeland security and law enforcement professionals — who serve, and have given their lives, to help keep us safe,” Obama said.

“At the same time, the terrorist threat has evolved, as we’ve seen so tragically from Boston to Chattanooga, from San Bernardino to Orlando. So in Afghanistan, Iraq, Syria and beyond, we’ll stay relentless against terrorists like al-Qaida and ISIL [Daesh]. We will destroy them. And we’ll keep doing everything in our power to protect our homeland,” Obama added.

On September 11, 2001, al-Qaeda suicide attackers hijacked four passenger planes in the United States, crashing two into New York City's World Trade Center towers, another into the Pentagon and the fourth was sent in the direction of Washington DC, presumably to attack the White House or the Capitol. Some 3,000 people lost their lives in the terrorist attacks.

Thousands of people are expected to gather in Washington, DC to commemorate the victims of the tragedy on September 11 and take part in the commemorative run and unity walk. In New York City, a memorial ceremony will be held at the World Trade Center site.

Islamist Terrorism Became Global After 9/11, Rarely Directed at US – Chomsky