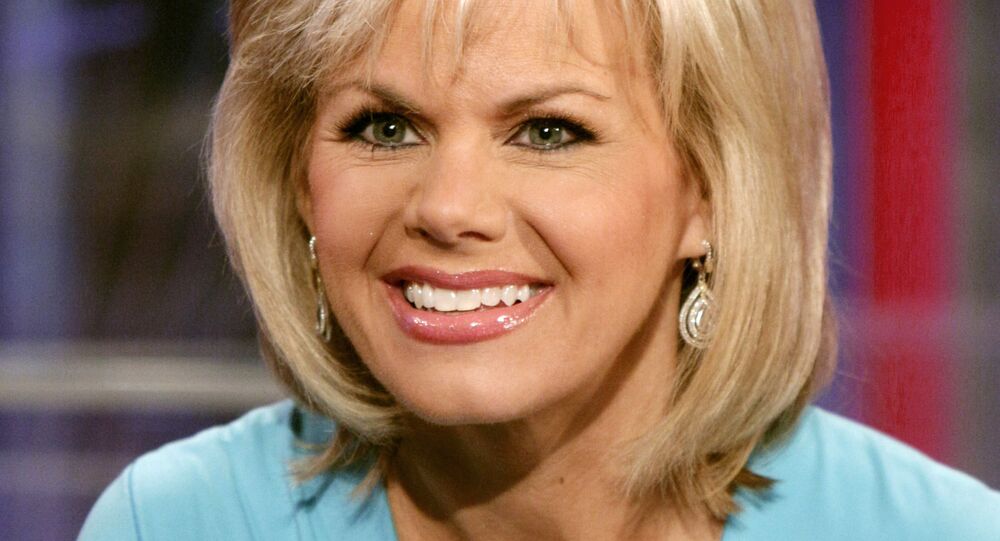 "We sincerely regret and apologize for the fact that Gretchen was not treated with the respect and dignity that she and all of our colleagues deserve," 21st Century Fox said in the statement.

Carlson alleged that Ailes “sabotaged her career because she refused his advances and complained about severe and pervasive sexual harassment.” She claimed that he would comment on her body, while attempting to stir up sexual conversations.

In September 2015, Carlson allegedly confronted Ailes about his inappropriate behavior.

Carlson claimed that over the years the quality of interviews she was offered was reduced, and that she was removed from the popular show “The O’Reilly Factor,” and demoted to a less favorable time slot, for turning down Ailes’ advances.

She was fired from Fox on June 23.

© AP Photo / Richard Drew
Gun Stash Found Inside Office of Former Fox News Head Roger Ailes
Tantaros filed a similar lawsuit against Fox News and four executives on August 22. She claims that her time with the network, "devolved into a nightmare of sexual harassment."

Tantaros was suspended from the network in April after she promoted her book, “Tied Up in Knots,” on air without permission. Her detractors claim that she is using the lawsuit as a way to “muddy the waters” over her contract.

“Over the last few weeks, 21st Century Fox (Fox News’ parent company) has made clear its commitment to providing a safe and dignified workplace at Fox News: by immediately launching an investigation in which women were encouraged to report their experiences under conditions of confidentiality, and by committing to make things right with those women who were not treated with the respect that they and every employee deserve. But Tantaros is not a victim; she is an opportunist,” the defendants wrote in a court filing.

Tantaros lawsuit does not hold back, accusing Fox News of being akin to a “sex-fueled” cult.

“Fox News masquerades as a defender of traditional family values, but behind the scenes, it operates like a sex-fueled, Playboy Mansion-like cult, steeped in intimidation, indecency and misogyny,” Ms. Tantaros’s suit says.