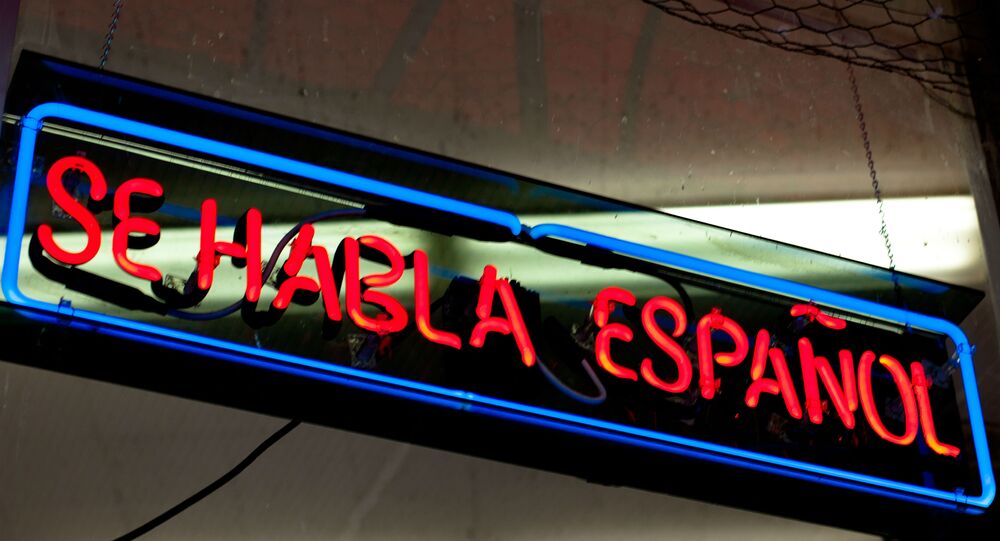 Crime and Spanishment: Teacher Resigns After Punishing Kids for Spanish-Speaking

A teacher at Emerson Elementary School in Berwyn, Illinois, who punished English-learners for speaking Spanish in class, has resigned. She repeatedly made her third-grade students who spoke Spanish sit on the floor, separated from others.

The case attracted the attention of the community after parents complained to the Mexican American Legal Defense and Educational Fund (MALDEF). On August 24, MALDEF contacted school officials, pointing out that the teacher was violating Title VI of the Civil Rights Act of 1964 which "prohibits discrimination on the basis of race, color, and national origin in programs and activities receiving federal financial assistance."

MALDEF president and general counsel Thomas A. Saenz wrote, "Teachers who insist upon acting out their prejudices in the classroom have no business being in any public school in America. We all owe a debt of gratitude to the parents who stepped forward to challenge this unlawful conduct."

© AFP 2021 / GABRIEL BOUYS
Pennsylvania Housing Authority Settles Charges of Latinos' Discrimination
There have been several cases in American schools in which students have been punished for speaking Spanish. American teenager Zach Rubio was suspended after having a conversation in Spanish at his school. When a Spanish speaking friend asked to borrow some money, Zach answered in Spanish with, "No problema." A teacher who heard the exchange contacted his family and told them to leave the school.

Similarly, in Texas, a school principal was placed on paid administrative leave due after she announced that conversing in Spanish on school grounds was not allowed.

"When you start banning aspects of ethnicity or cultural identity, it sends the message that the child is not wanted," Augustin Pinedo, director of the League of United Latin American Citizens, said to the Houston Chronicle in 2014.

Those who favor an English-only policy in American schools assert that it is crucial for immigrant students to learn and use the nation's dominant language. Although English proficiency is essential, English-only laws are seen as restricting freedom of expression as well as access to services for those who are not yet English proficient.