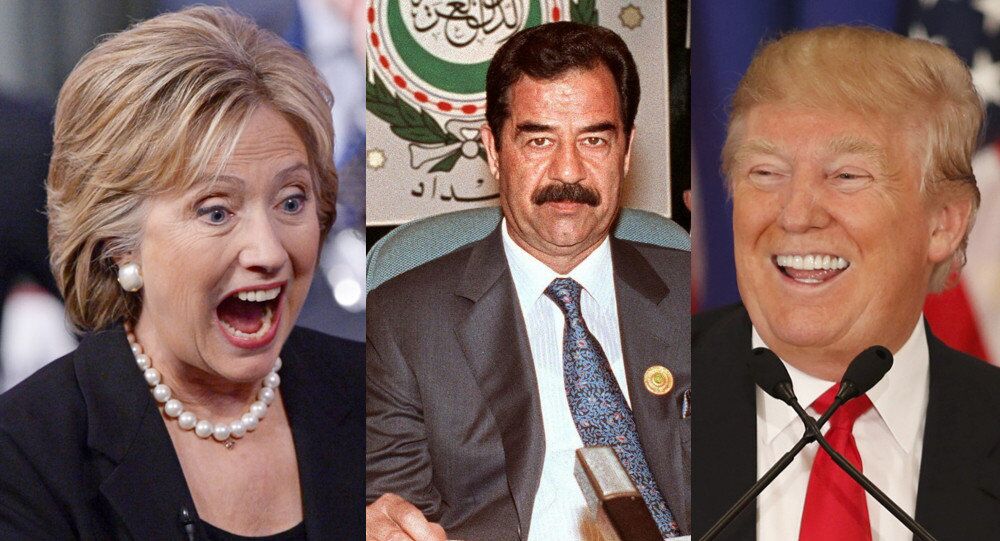 Is Donald Trump a bigger psychopath than Hitler? And is Hillary Clinton so self-centred that she's more psychopathic than Oliver Cromwell? No, these aren't attacks posed by political opponents, but the results of a scientific analysis looking at the psychopathic traits of leaders past and present.

Using the standard psychometric tool, the Psychopathic Personality Inventory — Revised (PPI-R), Dr. Kevin Dutton from Oxford University has drawn up his own "league table" of current and former political figures to determine the extent of their psychopathic traits.

In compiling the list, Dr. Dutton sought to show the difference in psychopathic traits — from fearlessness and coolness under pressure to self-centeredness and a lath of empathy — and how they can be both positive and negative for people in many professions… most notably politics.

University of Oxford
Dr Kevin Dutton's league table of political leaders past and present based on their psychopathic traits.

Contrary to popular belief, he says that being a psychopath is not an all or nothing affair, with psychopathy running across a broad spectrum for which everyone has a place.

"The PPI-R does not say that someone is or is not a psychopath. It scores them on eight traits that contribute to a psychopathic character," Dr. Dutton said.

"Some of those traits, such as fearlessness or stress immunity, can be positive. Others, such as blame externalization or being unconcerned about the future, are more likely to be negative. One, cold-heartedness, can contribute to good and bad leadership."

Coming at the top of Dr. Dutton's list is former Iraqi leader Saddam Hussein on 189 points, who scored highly in all areas for his fearless dominance, self-centered impulsivity and cold-heartedness.

Hussein was followed by the infamous King Henry VIII (178 points) and Idi Amin (176 points), the former Ugandan dictator thought to be responsible for the deaths of up to half a million of his own people.

I just got a low score (6 out of 33) on Professor Kevin Dutton's Psychopath Challenge! Are you a psychopath/? https://t.co/Xt1aLaaKDh

​"Both great and terrible leaders score higher than the general population for psychopathic traits, but it is the mix of those traits that determines success," Dutton said.

"For example, someone who scores highly for being influential, fearless and cold hearted could be a decisive leader who can make dispassionate decisions. If those traits are accompanied by a high score on blaming others, they might be a genocidal demagogue."

Trump, Clinton Put Under the Test

In order to try and draw some parallels to modern figures, Dr. Dutton spoke to an anonymous, highly respected US political commentator to analyze the psychopathic traits of those involved in the US Presidential race — with the figures returning some interesting results.

© REUTERS / David Becker/Nancy Wiechec/Files
Is a Casual Use of Language the Only Thing Trump and Clinton Supporters Share?
Republican candidate Donald Trump came in fourth on the list with 171 points, higher than Nazi leader Adolf Hitler, with the American business tycoon-turned politician interestingly scoring higher than others in both positive (fearless dominance) and negative (self-centered impulsivity) traits.

​Democratic candidate Hillary Clinton came in at 152 points, with her relatively high levels of self-centered impulsivity and cold-heartedness putting her above Roman emperor Nero and Oliver Cromwell, and just behind Napoleon Bonaparte and Jesus Christ.

"It is interesting that these scores reflect both the praise and the criticism that Trump and Clinton receive. In the end, while both score relatively highly, it will be up to voters to decide whether their mix of positive and negative traits should send them to the Oval Office," Dr. Dutton said.