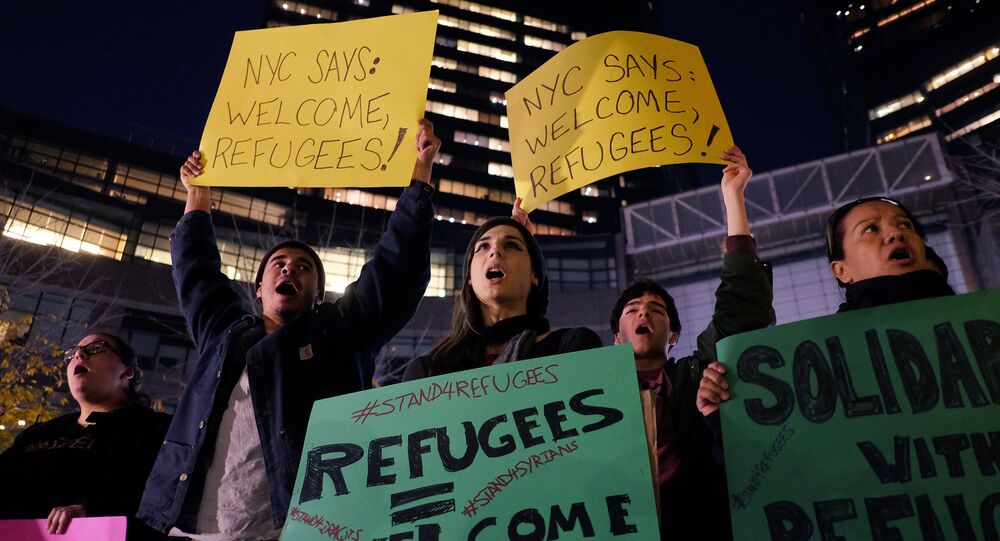 US to Continue Welcoming Syrian Refugees Despite Meeting 10,000 Goal

© AFP 2021 / Louisa Gouliamaki
US Meets Target of Relocating 10,000 Syrian Refugees Ahead of Schedule - IOM
MOSCOW (Sputnik) — The United States will continue to accept refugees from Syria at about the same pace through the end of the fiscal year following the US government’s announcement that the annual goal of 10,000 resettled refugees has been achieved, a White House official told Sputnik on Tuesday.

"Having met the President’s target, we will continue to welcome Syrian refugees at approximately the same pace through the end of the fiscal year," the official said. "This is consistent with our goals from the beginning of this process."

The official noted that as there were many factors that could influence the final number of arrivals from Syria, they could not make a firm projection at the moment.

© AFP 2021 / EWEL SAMAD
US to Meet Goal of Admitting 10,000 Syrian Refugees Month Ahead of Schedule
On Monday, US Secretary of State John Kerry announced that the United States had reached a set goal of welcoming 10,000 refugees from Syria. The International Organization for Migration (IOM) stated Tuesday that as of August 29, 2016, 10,172 Syrian refugees had been admitted in the United States.

"We are confident that we will welcome 85,000 refugees from around the world by the end of this fiscal year," the official added. "[US] President [Barack] Obama will set global targets and regional allocations for 2017 in September."

In August, the UN Refugee Agency registered more than 4.8 million Syrians displaced in the course of the country’s five-year civil war.

In 2015, US President Barack Obama pledged to accept 10,000 Syrian refugees into the United States over the next year, a goal that was met one month ahead of schedule.

US Meets Target of Relocating 10,000 Syrian Refugees Ahead of Schedule - IOM

US to Meet Goal of Admitting 10,000 Syrian Refugees Month Ahead of Schedule