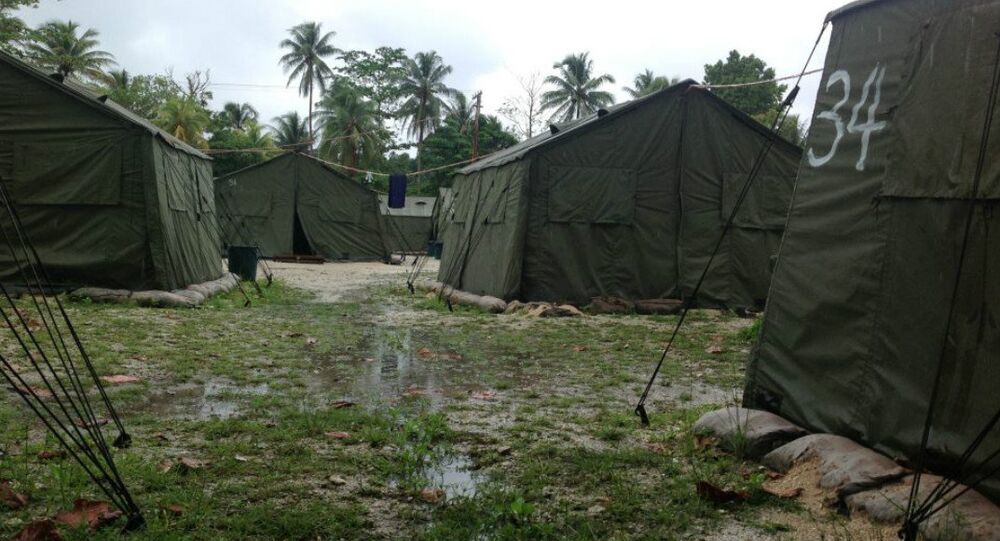 US May Close Private Migrant Detention Centers After Review

Private migrant detention centers may be closed soon due to a revue into the facilities’ operations.

In a statement released on the Department of Homeland Security’s website, Johnson reminded of the government’s determination to end the state use of private prisons.

"On Friday, I directed our Homeland Security Advisory Council, chaired by Judge William Webster, to evaluate whether the immigration detention operations conducted by Immigration and Customs Enforcement [ICE] should move in the same direction [as private prisons]," Johnson said Monday, as quoted in the statement.

The secretary also said he had asked Judge Webster to establish a special subcommittee "to review our current policy and practices concerning the use of private immigration detention and evaluate whether this practice should be eliminated."

The subcommittee will have to consider "all factors concerning ICE’s detention policy and practice, including fiscal considerations."

According to the statement, the review into the state use of private migrant detention centers should be completed and handed in to Jonson by November 30.

On August 18, the US Justice Department announced its plans to end the use of privately run prisons, saying that it would not renew current contracts with 14 private prisons, while the existing deals are set to expire in 5 years’ time.

US 'Surprised' About Millions of Migrants Entering EU Without Registration