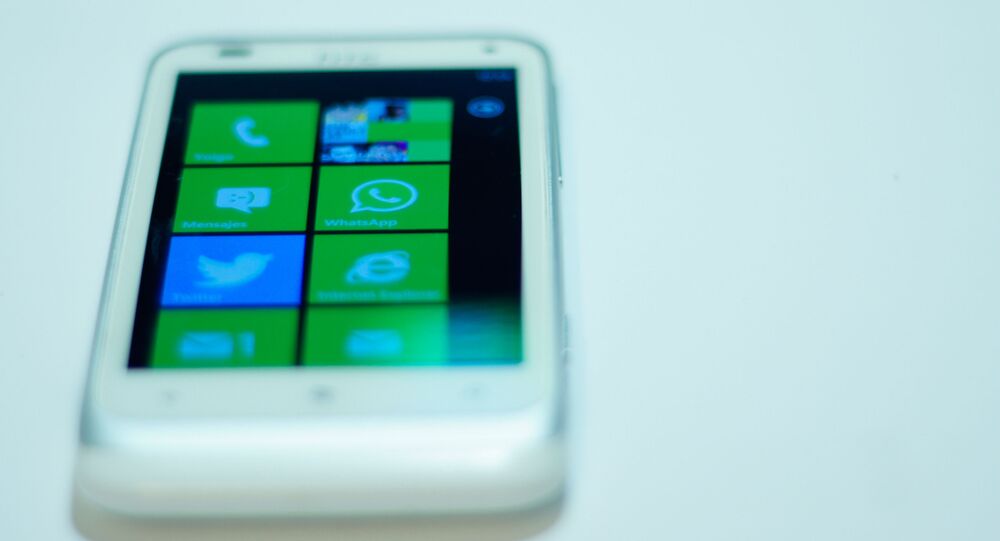 "Here's what will change for you, our users: nothing." The company's statement read. "There would have been no partnership between our two companies if we had to compromise on the core principles that will always define our company."

© Flickr / Microsiervos
London Looking Into WhatsApp Exposing User Data to Facebook
Yet, WhatsApp announced yesterday that it would start sharing user data, such as phone numbers, profile data, status message and online status with Facebook, claiming that the move will be beneficial for users, too.

The privacy-protected messaging service explained that cooperation with Facebook will help test new features allowing users to "communicate with businesses that matter to them", find new methods of dealing with spam, make friends recommendations more accurate, among plenty of other pros.

© AFP 2021 / EMMANUEL DUNAND
Twitter Seeks to Curb Abuse With Word Filter, But Will it Work?
But the privacy group insists that the change violates a Federal Trade Commission consent order which prohibits unfair and deceitful practices. EPIC filed a complaint against the companies, claiming that the messenger lied to its users when it promised that their personal data would never be used for advertising purposes or handed to a third party without consent.

The messenger's new terms-of-service have caused quite a stir among privacy advocates, including the UK's Information Commissioner (ICO) which are now investigating the case.

"Our role is to pull back the curtain on things like this, ensuring that companies are being transparent with the public about how their personal data is being shared and protecting consumers by making sure the law is being followed." ICO said in a statement.

Although WhatsApp announced that users will have 30 days to opt out if they don't want their data to be transferred to Facebook, EPIC insists that Federal Trade Commission's order obliges the company to obtain opt-in consent before the practices are changed.

Chinese Company to Invest $175 Mln Into Indian Rival to WhatsApp