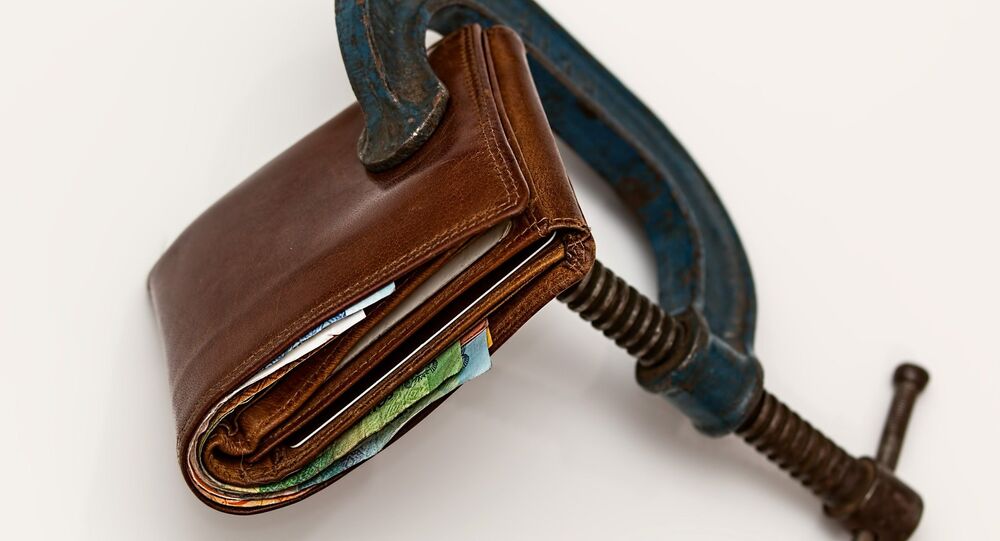 The US Congressional Budget Office (CBO) has issued a report predicting that the outstanding federal debt of the United States will balloon to $19.4 trillion at the end of this year, and hit $28.2 trillion by 2026.

© CC BY 2.0 / Roman Boed / The US Treasury Department
Why Russia Keeps Investing in US Economy Despite Political Tensions
It has been hard for the federal government to control spending, and it appears that the situation will not improve in the near future, according to the CBO's economic outlook.

The CBO calculated that, due to growing outlays for entitlement programs such as Social Security and Medicare, as well as discretionary spending and higher net interest, government spending will rise by 5%, or some $178 billion, by the end of this year. The revenue, meanwhile, is expected to grow by just 1%, or some $26 billion.

The US government budget deficit will climb to $590 billion by the end of 2016, it is predicted, which is $152 billion more than last year, the agency reported. By 2026 the deficit will approach an unsustainable level of some $1.4 trillion.

© AP Photo / Jacquelyn Martin
Sanders: Obama Advancing TPP Trade Deal Threatens US Economy, Public Health
Debt held by the public will amount to almost 77% of GDP by the end of 2016, and three decades from now it is projected to be about twice that number.

Meanwhile, a weak labor market is expected to further slow the nation's economic growth rate, with record-low labor force participation being caused by such federal policies as Obamacare and the tax code, the report stated.

With spending, deficits, and debt expanding dramatically over the next decade, America has put itself on a path to a major fiscal crisis, the budget office stated.