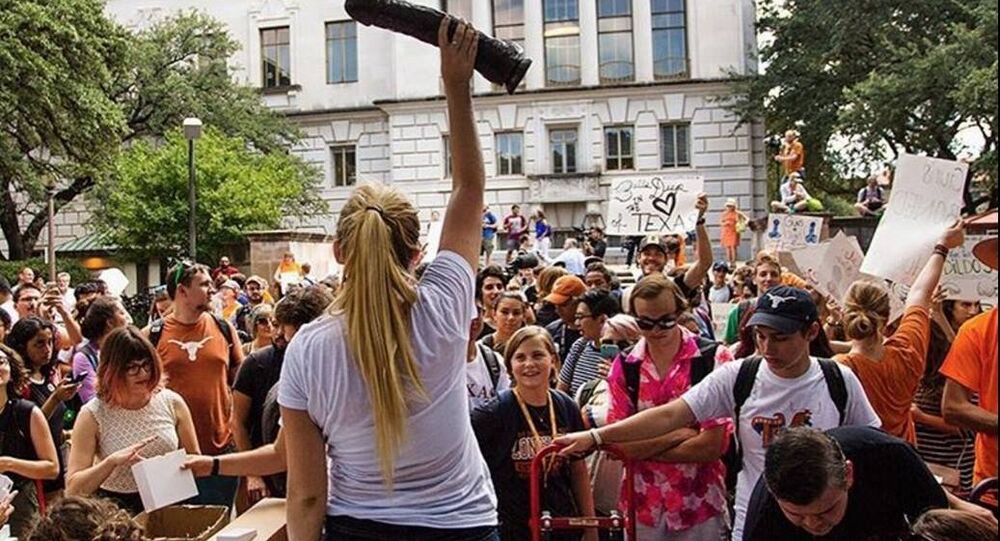 The university promised not to interfere with the protest, as it is covered under the student’s right to freedom of expression, and appears that they have been as good as their word.

The bill being protested, Senate Bill 11, took effect August 1, ahead of the new school year. It not only allows students to legally carry weapons into classrooms, but also prevents schools in some areas from prohibiting the action.

Three professors had requested an injunction against the concealed carry law on Monday, claiming that the wording is too vague, violates freedoms, and endangers people in classrooms. The judge did not agree.

Many of the activists have vowed to zip-tie the phallic toys to their backpacks until the law is repealed. This protest may be going on for a while.