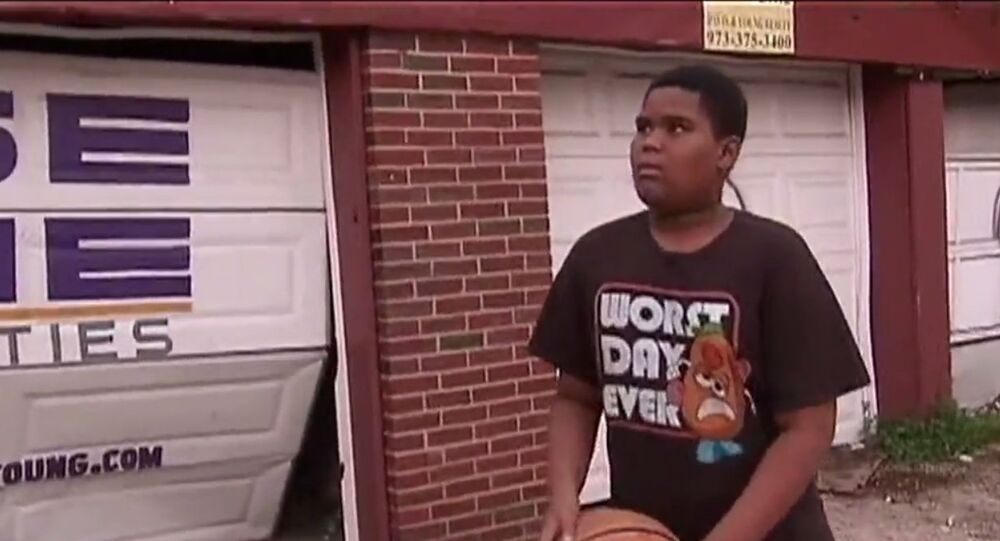 Newark police officers wrongfully pursued and temporarily detained a 10-year-old boy while searching for a suspect twice his age.

On August 11, at around 4:00 PM, Legend Solomon was playing basketball with his friends when Newark police arrived, looking for suspect in connection with an armed robbery.

The 5th grader, who stands at 5 feet 5 inches and is often mistaken for being older, says the ball rolled into the street and nearly hit the police car, which he believes is why the officers chased him. Solomon ran down a nearby hallway, afraid for his life, and said one of the officers pointed a gun at him. "They tried to shoot me," he said.

"A 10-year-old child with guns drawn on him by the Newark police, and the best they can tell me is (to) go make a report if I have something to say about it," said Legend’s mother, Patisha Solomon, who claims officers chased her son with weapons in hand. Two neighbors, Jackie Kelley and her mother Annetta Hankerson, confirm her story. They say they intervened when police cornered Solomon, telling them, "This is a child!" to which the police replied, "He matches the description."

Patisha wrote on her Facebook page, "They chased down my 10-year-old son with loaded shotguns ready to shoot because they said he matched the description of the over 6 foot tall man, dark skin with long locs…which my son is none of…They had pictures of the perp whom was in eye sight running down the next block!!! Yet they broke off from chasing the perp to chasing my child."

Despite confirmation by several witnesses, Newark police maintain that the officers never pointed a gun at Solomon, and have never pointed guns at children in the area.

After the incident, police apprehended and charged 20-year-old Casey Joseph Robinson for the armed robbery.