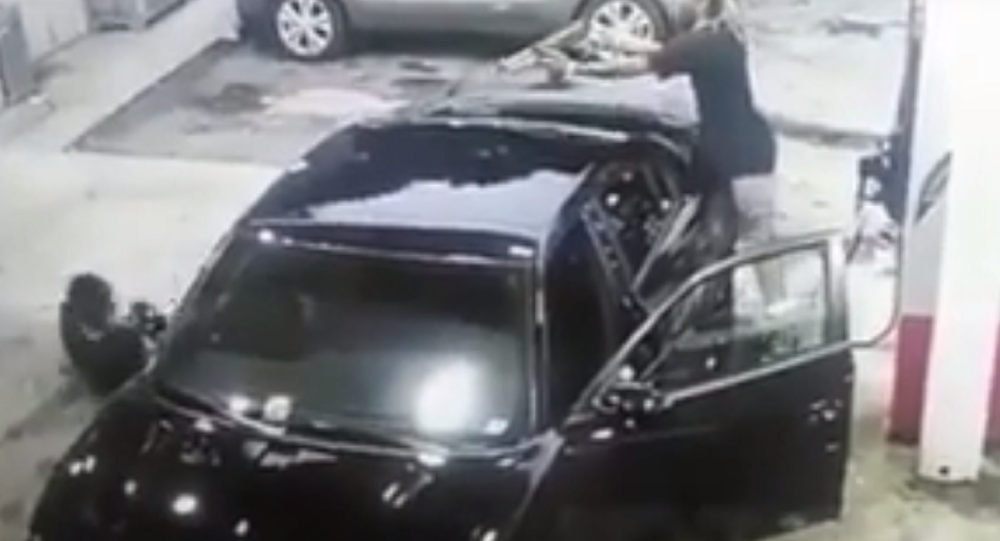 A disturbing video showing a violent gun battle at an Atlanta gas station which left one woman injured has gone massively viral.

In the footage, the driver of a Dodge Charger parked at a gas pump begins arguing with another unidentified man. The driver is then seen pulling an AK 47 from the vehicle after the other person motions toward his handgun. A steady stream of gun fire is then exchanged as someone is seen running away in the background.

© Sputnik / Grigoriy Sisoev
Armed Nation: Support for Stricter Gun Control in US Reaches Record High
A person inside the gas station runs outside and opens up the rear door before quickly exiting. The driver then begins to pull away, and then stops as a woman exits the passenger side door clutching her shoulder. He then runs inside the gas station and the video ends.

The woman, who was shot, was taken to the Atlanta Medical Center. Her injury is non-life threatening and she has been released.

A local CBS affiliate reported that the driver gave a statement consistent with the video. The unidentified male he fired at fled in a black and red Mazda and has not been apprehended.