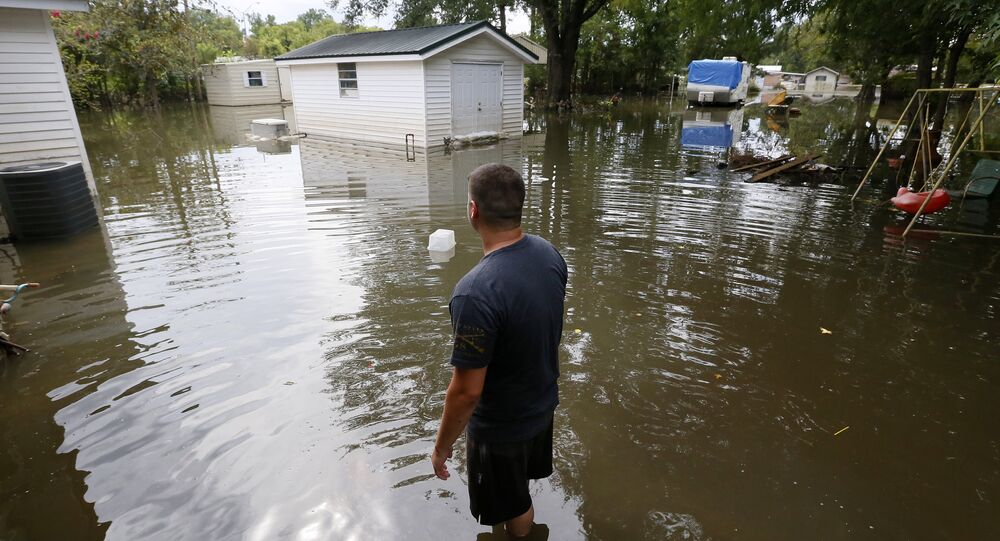 US President Barack Obama will discuss with state and local officials of Louisiana if the Federal Emergency Management Agency (FEMA) can and should do to address the flood crisis, according to White House Press Secretary Josh Earnest.

Obama went to Baton Rouge, Louisiana on Tuesday to tour the flooded areas, a visit Republican presidential candidate Donald Trump characterized in a Twitter post as too little, too late.

"Earnest said… He'll [Obama] also discuss with state and local officials on the ground if there's more FEMA can and should do," the report stated.

© REUTERS / Joe Penney
US Federal Government Mobilized $16.7Mln for Louisiana Flood Emergency
Obama will also thank first responders for logging long hours in the recovery effort, the report noted, which is being supported by $120 million in US federal assistance.

The report added that the president also believes now is the time to put politics aside to focus on responsibilities related to the flood crisis.

A federal disaster has been declared in 20 parishes within Louisiana due to extreme flooding which started on August 12 during severe storms.