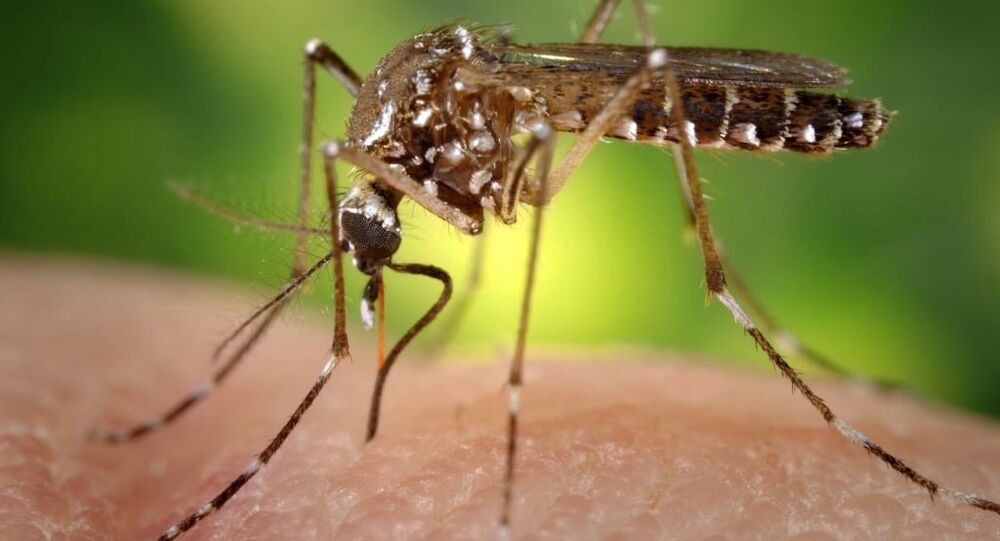 Students returned to school in a county in the US state of Florida where the Zika virus is being transmitted locally, armed with mosquito repellant handed out by school officials or purchased by parents, according to local media reports.

WASHINGTON (Sputnik) — Employees at Miami Beach High School began handing out mosquito repellent on Sunday, and they have urged students to cover up with long uniforms despite the heat, local reports said.

"We want to make sure that folks are not bitten by mosquitoes and that the children have all of the information that they need," Florida Department of Health spokesperson Lilian Rivera, as quoted on local television.

© AFP 2021 / Marvin RECINOS
Florida Offers Tourism Industry Resources to Fight Zika
Students are also being urged to apply mosquito repellant before leaving home to avoid affecting classmates and teachers who may be allergic to the distinctive odor of the active ingredient known as DEET, other reports said.

Products with at least 20 percent DEET are said to protect against mosquito bites for up to eight hours.

Zika is most dangerous for pregnant women as it limits brain development in unborn children. Mosquito borne transmission has been reported in two small areas in South Florida, but health officials have urged pregnant women to avoid travel to all of Miami-Dade County.