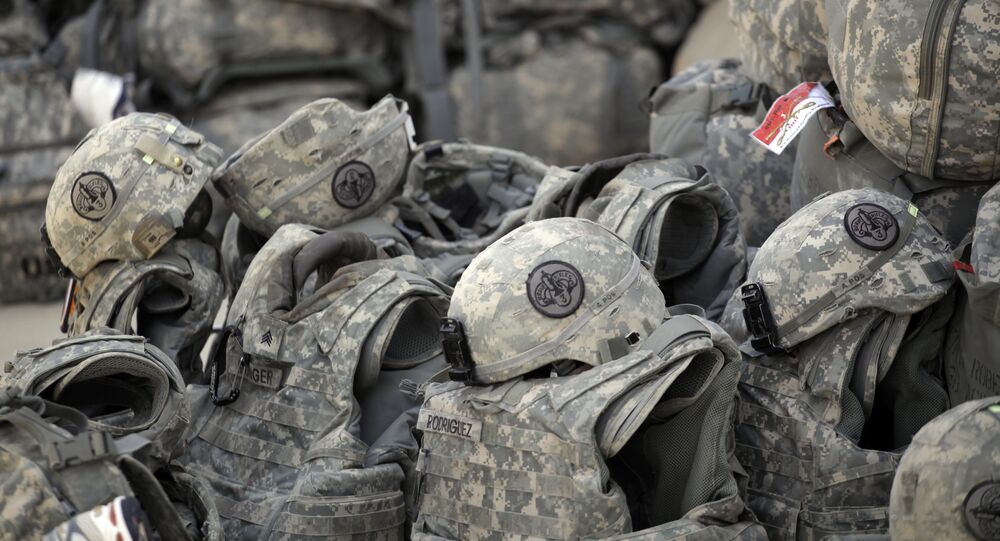 Prison inmates employed to manufacture helmets for the US army were encouraged to cut corners and falsify safety documents by US Defense Department subcontractors, defense news website Foxtrot Alpha reported.

© AP Photo / Carolyn Kasterster
Top Justice Department Official Called Obama's $400Mln Payment to Iran ‘Ransom’
The US government lost millions of dollars after inmates at US prisons made helmets for the army, only for the gear to be recalled because of dangerous manufacturing defects, defense news website Foxtrot Alpha reported on Saturday.

According to a report published earlier this week by the US Department of Justice, the privately-owned company Federal Prison Industries and another contractor, ArmorSource, were awarded contracts by the Department of Defense (DOD) to produce Advance Combat Helmets (ACH) and Lightweight Marine Corps Helmets (LMCH) for the US Army.

© Photo : Office Of The Inspector General
ACH helmet
In May 2008, FPI was awarded a contract worth over $23 million to produce LMCH helmets at a prison in Beaumont, Texas.

However, of 23,000 helmets produced at the facility, just 3,000 were delivered to the DoD, more than half of which were subsequently determined to be defective.

© Photo : Office Of The Inspector General
Light Weight Marine Corps Helmet
"ArmorSource agreed to pay $3 million 'based on its demonstrated ability to pay,' but no criminal prosecution at all resulted from all of this madness," Foxtrot Alpha reported.

The ACH and LMCH helmets are considered "critical safety items," providing ballistic and impact protection for the head, including increased 9mm protection.

© AP Photo
Facing Prison for Nuke Photos, US Navy Sailor Points to Clinton Email Scandal
They also provide a mounting platform for electronic devices and other defense equipment, and the use of unauthorized manufacturing practices or defective materials could potentially result in serious injury or death to the person wearing the helmet.

The investigation into manufacturing at Beaumont determined that the ACH and LMCH had numerous defects, including serious ballistic failures, deformities and improper placement of the holes used for mounting equipment.

To falsely indicate that faulty helmets had passed inspection, prisoners were directed by FPI staff to alter manufacturing documents, and switch or alter serial numbers.

© Photo : Office Of The Inspector General
Hatchets used by prisoners to remove paint
"A surprise inspection by OIG and military personnel on January 26, 2010, uncovered inmates at the Beaumont FPI facility openly using improvised tools on the ACH helmets, damaging the helmets' ballistic material, creating the potential for the tools' use as weapons in the prison and, thereby, endangering the safety of factory staff and degrading prison security," the report from the Justice Department said.
...
Reddit
Google+
Blogger
Pinterest
StumbleUpon
Telegram
WhatsApp
138

Never Mind the Morals of it: Bill Clinton's Legacy of Poverty, Prisons and War