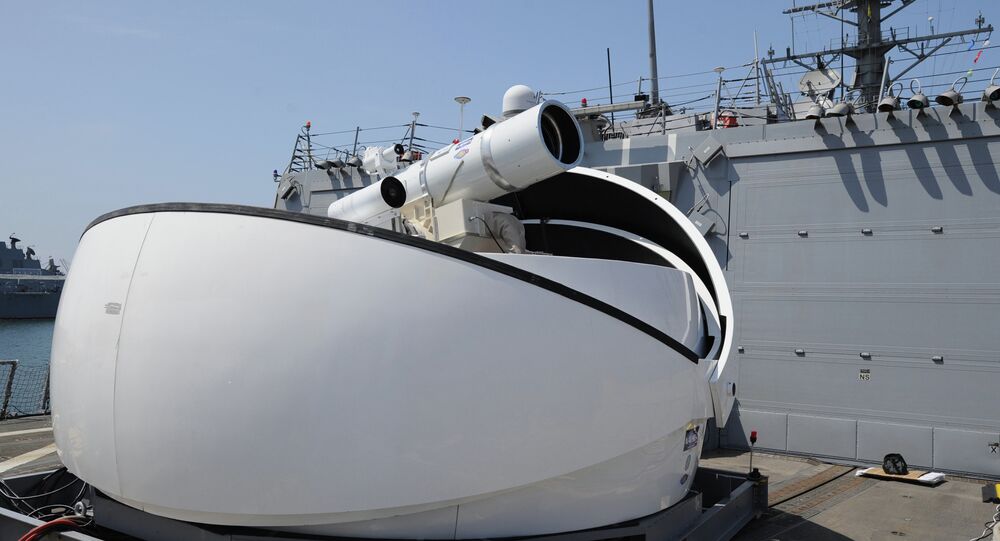 Relying on missiles to guard against enemy projectiles can be costly. Luckily, the Pentagon claims it is close to perfecting energy-based defense systems.

Citing the threat of North Korea’s recent ballistic missile tests, the United States will install a Terminal High Altitude Area Defense (THAAD) missile defense system on the peninsula. In the event of an attack from the North, the interceptor would strike the missile with a projectile of its own, detonating both in midair.

This method can be expensive, with each interceptor missile costing tens of thousands of dollars.

"We have to deal with the fact that our interceptors are more costly," said Katrina McFarland, the US Army’s acquisition executive, according to Defense One. "The cost dimension of warfare must be switched from our side to the adversary side."

But according to the Pentagon, lasers, or in the parlance of the military, "directed energy" weapons, are just over the horizon.

"It’s not a hope. This is what we’re doing," Vice Adm. James Syring, director of the Missile Defense Agency, said Wednesday, according to Defense One. "I view this [as] highly important for the future."

The US military has deployed certain lasers in limited capacities. The USS Ponce is equipped with a prototype 30-kilowatt laser capable of taking down small drones, at a cost of less than $1 per shot.

The system is bulky, however, and one capable of destroying a large missile would be bulkier still, requiring hundreds of kilowatts.

"That’s why we’re pursuing technology in terms of trying to mature, not just the technology, but drive the size and weight down and we can start to think operationally about what that means," Syring said.

Streamlined laser systems could be placed aboard military Humvees or be used in place of stationary batteries like THAAD or Israel’s Iron Dome.

© CC0
Work on Laser, Particle-Beam Weapons is Underway in Russia

"We’ve been putting a fair amount of efforts ourselves into maturing some of the few technologies, building on the capabilities that we have," said Doug Graham, vice president of missile systems and advanced programs for Lockheed Martin.

"We expect to see the power levels continue to increase. The beauty of this is it’s still remaining pretty nice and compact."

Eventually these systems are expected to become small enough to be used on aircraft and unmanned drones.