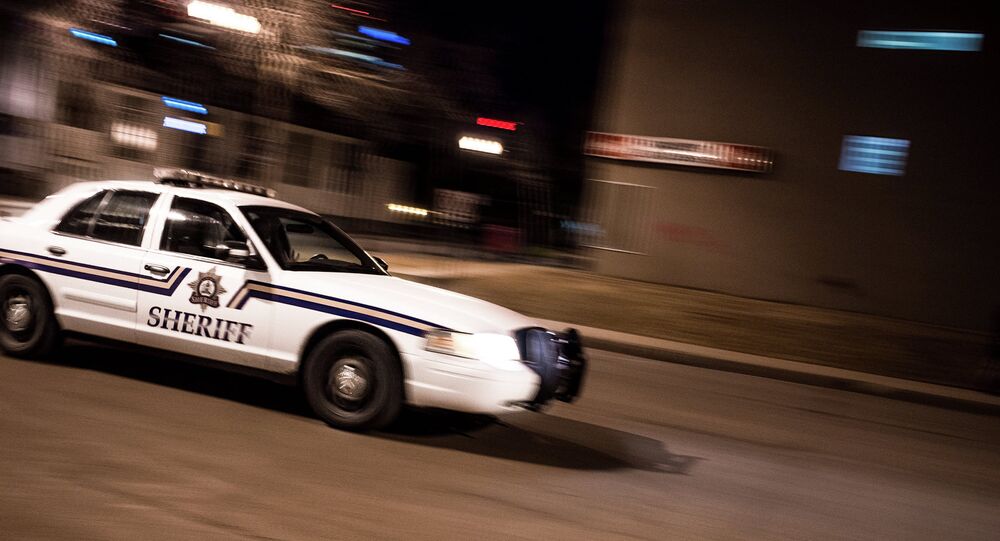 The Baltimore Police Department faces a lawsuit for doctoring evidence in order to secure the wrongful conviction of Sabein Burgess, imprisoned for 19 years until courts finally dismissed murder charges.

On Wednesday, the Southern Poverty Law Center published an exposé on a case against the Baltimore Police Department, alleging that they doctored evidence to secure the conviction of a black man, but the tale is not on the substance of the dispute but rather the attorney defending city cops against charges of prejudice and malfeasance.

Representing Baltimore in the dispute, attorney Glen Keith Allen has a checkered past that includes robust support for one of America’s most notorious hate groups, the neo-Nazi National Alliance (NA). Allen is a longtime donor and member of the organization, which was founded by William Pierce, the author of a novel that served as a blueprint for the 1995 Oklahoma City bombing.

Notwithstanding his longstanding association with white supremacist ideology, Allen has been hired as an employee by the Baltimore City Law Department and is now defending the city in a lawsuit alleging that police officers withheld and fabricated evidence to wrongfully arrest and convict a black man for a murder the Southern Poverty Law Center asserts he did not commit.

That man, Sabein Burgess, spent 19 years in prison before being freed in 2014, after which time a lawsuit was filed on his behalf in March 2015, challenging his conviction.

"Mr. Burgess was convicted after the police withheld and fabricated evidence. In particular, the Defendants concealed statements of the victim’s son revealing that he had seen the offender and it was not the Plaintiff. Rather than search for the real killer, the Defendants instead fabricated gunshot residue (“GSR”) evidence falsely inculpating Plaintiff in the crime."

Burgess was freed and murder charges against him were dismissed by a judge due to insufficient evidence, but Allen’s response to the lawsuit said that, while the man may not have been properly convicted, is was not tantamount to evidence of his innocence.

Allen, an apparent member of a radical hate group, appears to personally ascribe to the deeply-bigoted and xenophobic beliefs of the National Alliance. Allen is known to be a "regular subscriber to the NA’s racist publications, purchased entrance to a Holocaust denial conference the group held and bought a Holocaust denial DVD the group sold," observes the Southern Poverty Law Center.

Allen’s presence as an employee arguing on behalf of the Baltimore Police Department supports the charge of systematic racial bias, and raises many concerns.

If Allen were a member of a jury he would rightfully be dismissed from duty, based on his own personal associations and biases. Certainly, nobody would want him serving as the judge in the case for similar reasons. Finally, if he were an attorney for Burgess, appointed or otherwise, this would raise a number of additional concerns.

The Southern Poverty Law Center, supported by many other organizations and individuals, believes that Allen, as the attorney of record in such a delicate case, is so tainted in his personal life that he is incapable of discharging his duties in accordance with the legal code of professional ethics.

UPDATE: The city of Baltimore has now terminated its contract with Allen.

"Mr. Allen was fully vetted at the time of his hire — and of course had decades earlier been professionally and character tested upon his admission to the bar," the mayor's office said in a statement. "None of the historical facts and alleged facts recently publicized about Mr. Allen's political views and affiliations were disclosed or discussed when his contract was agreed to. The law department does not as a general practice question its hired or contract attorneys about their political views."

Searching for Justice in Baltimore and in America's Prison System