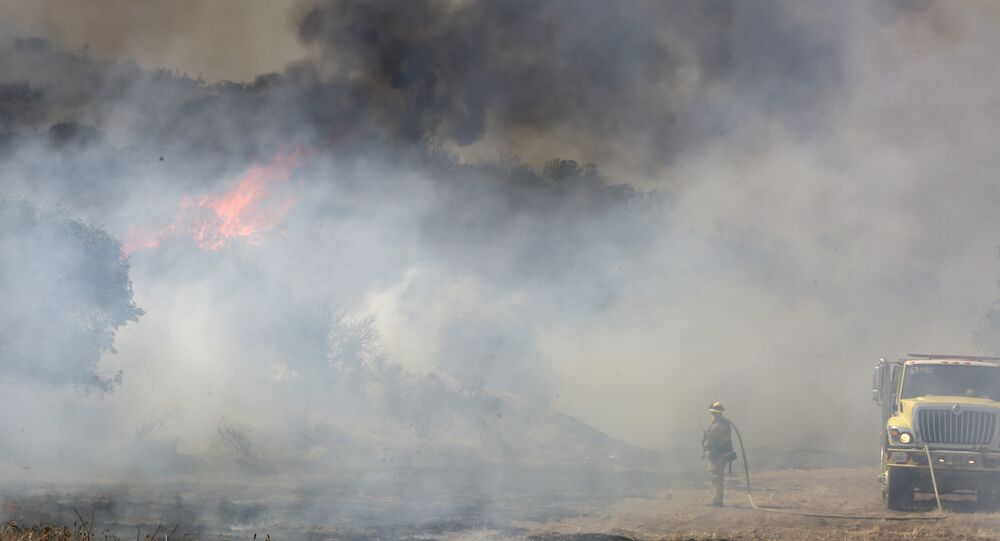 WASHINGTON (Sputnik) – Wrightwood is a town of 4,500 people located near Mountain High Resort, a popular vacation place in Southern California.

Officials noted that since the Blue Cut Fire burning in the Cajon Pass started, the list of affected cities has grown, but the situation is still under command with more than 700 personnel present on the scene.