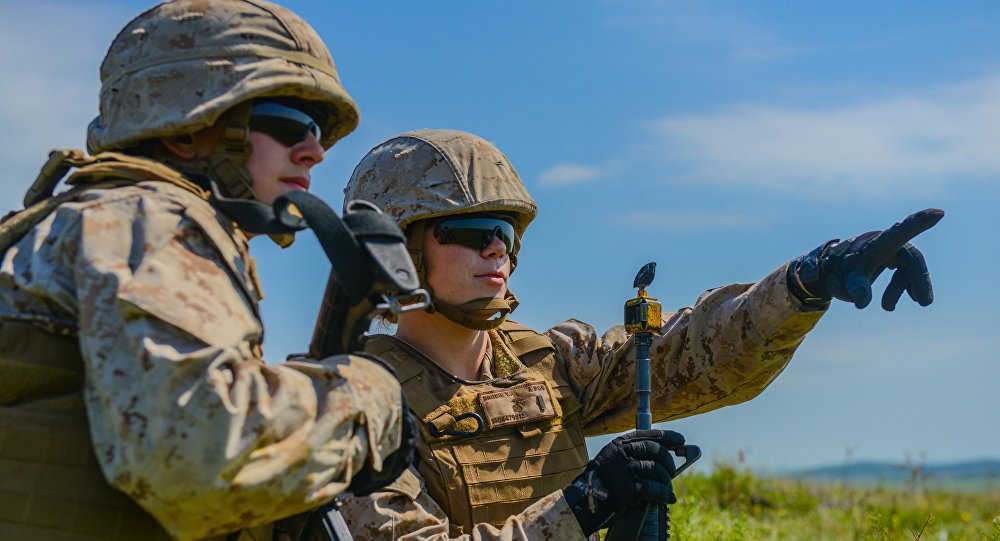 With the Pentagon’s recent decision that women can serve in military combat roles, the US Marine Corps is now looking to high schools across the country for its recruitment.

Currently, the US Marine Corps has roughly 184,200 members, of which just seven to eight percent are women. According to Marine Commandant Gen. Robert Neller, they’re hoping to change that.

"I’ve told them that 10% is where we want to go and they’re working on it," Neller said. "Go recruit more women. Find them. They’re out there."

With perhaps the most rigorous physical requirements of any US military branch, the Corps’ recruitment chief, Maj. Gen. Paul Kennedy, has begun distributing pamphlets to high school athletic programs across the US, and meeting with female athletes and coaches.

While previous recruitment material showed women playing a role in the Corps, it was always in a training capacity.

"The biggest complaint that we’ve heard and we’re reacting to is that we were showing women in some of our material – whether it’s commercial or print or whatever – and they were always training," Kennedy said, according to the Washington Times.

"And that was a mistake."

Updated materials will show women on the battlefield.

While Kennedy is looking at female athletes from a variety of sports, he is particularly interested in wrestling.

"We looked at that and said, ‘Wow, that’s kinda what we’re looking for,'" he said. "They’re disciplined, they’re fit, they’re focused on their mission."

A major hurdle to be overcome is widespread allegations of sexual assault against female members in the US military.

"We got to talk to them, got to show them there are plenty of female married officers and enlisted, that it’s not a good ol’ boys club anymore when you talk about career issues," he claimed.

Another problem is the Marine Corps’ former slogan. While "a few good men" was inherently exclusionary, Kennedy will stress the new motto: "The Few. The Proud. The Marines."