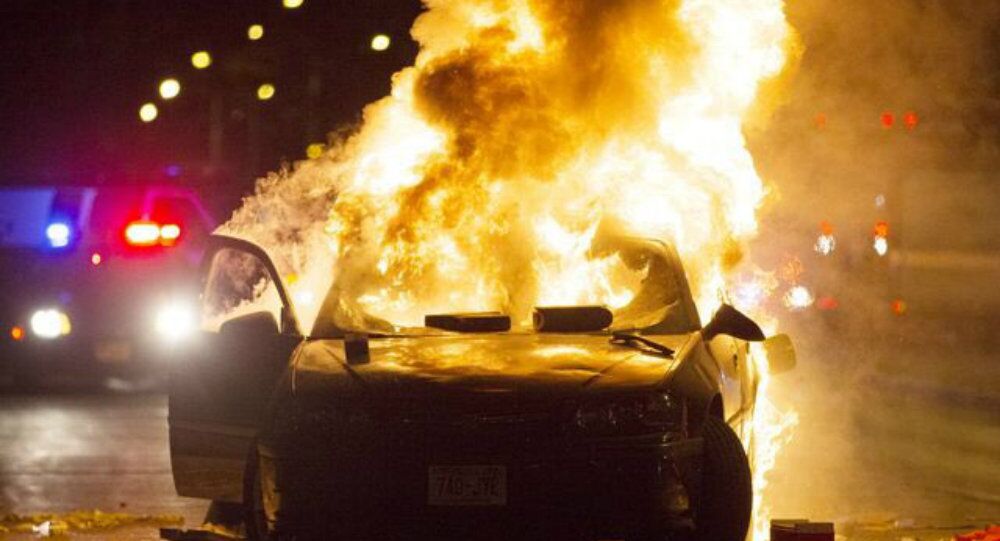 Protests turned violent on Saturday night after police allegedly shot an armed African-American suspect from behind as he fled the scene.

On Sunday, the National Guard was activated to aid authorities in the event that additional rioting erupt in a predominantly black Milwaukee neighborhood where police killed a suspect who officials claim turned towards the officer with a gun while others refute the claim saying he was fatally shot from behind.

Police Chief Edward Flynn said in a statement that a "silent video of the incident" confirmed the officer’s recitation of facts and showed that the policeman acted within lawful bounds in fatally shooting 23-year-old Sylville K. Smith after the suspect fled a traffic stop. Flynn additionally said that film from the officer’s body camera showed the suspect turning towards the officer with a gun.

In the wake of the fatal shooting, however, protests immediately erupted with claims by the demonstrators that Smith was killed in cold-blood and was just the latest black man to be gunned down by officers without cause. Although not directly salient to the case, reports indicate that the suspect has had a checkered history with the law facing trial in a shooting incident and for witness intimidation prior to his death.

Milwaukee Mayor Tom Barret described the scene of the riots which led to civilians taking to the streets to assault police officers, burn vehicles and loot neighborhood stores as "unlike anything I have seen in my adult life." 7th District Alderman Khalif Rainey, who represents the Sherman Park Neighborhood, described the community as a "powder keg" with tensions between officers and the black community just waiting to explode.

One Police Officer Injured During Clashes in Milwaukee, Wisconsin – Police