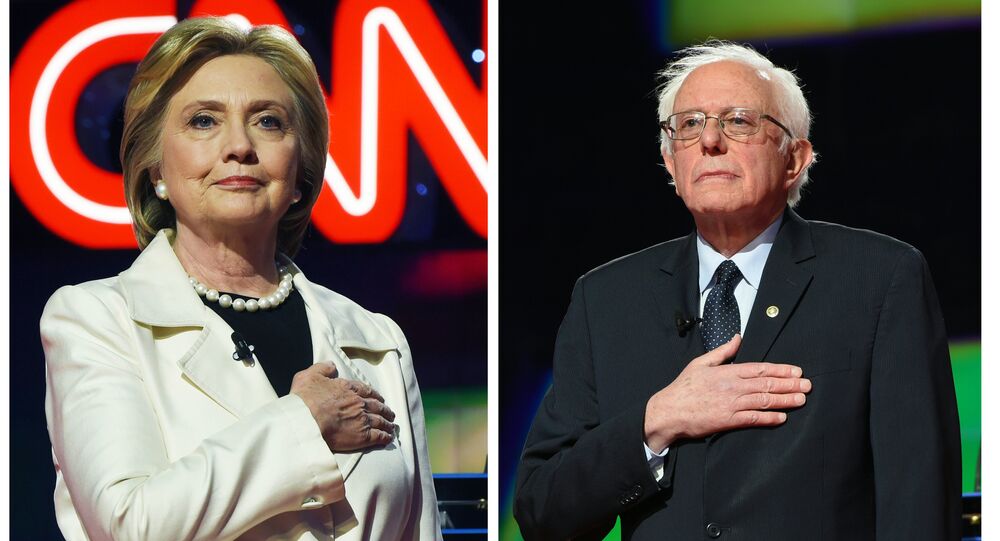 © Flickr / Paul Stein
Hillary Ally Accuses Green Party’s Jill Stein of Being Trump-Like Russian Agent
Bernie Sanders, the self-described "democratic socialist" who sought to rival Hillary Clinton for the US Democratic Party's nomination to run for president of the US, has purchased a four-bedroom home in North Hero, an island community in Lake Champlain. Sanders also owns a home in Burlington, Vermont and one in Washington, DC.

According to the demographics website citydata.com, North Hero, Vermont is a 95% white community with an estimated median household income of $61,065.  The 1,800 square foot (167 square meter) log cabin includes 500 feet (152 meters) of Lake Champlain beachfront on the east side of the island. The lake runs along the border between New York and Vermont.

During his campaign for the Democratic Party presidential nomination, Sanders won support from many for billing himself as an 'outsider' candidate committed to working-class Americans. During his years in the US Senate, Sanders refused to align himself with either major party, and fought the secretive Trans-Pacific Partnership (TPP).

His nominal 'rogue' status cost him the support of the Democratic Party, which he belatedly joined in order to pursue a presidential nomination. Not only did party-appointed 'Superdelegates' vote almost invariably for Clinton, shifting the odds in her favor during the primary election, but the Democratic National Committee and its chairwoman, Debbie Wasserman Schultz actively sought to undermine his campaign.

After stepping down from her DNC role in the wake of Wikileaks' revelations of her Clinton bias, Wasserman Schultz was tapped to help run Clinton's campaign.

Did Bernie Sanders buy his 600K🤑Beach House with the small donations from his supporters or with payoff from Hillary & the Democrats? 😮

​Despite the accepted narrative of Sanders' status as 'socialist maverick', the US site Counterpunch notes that the senator supported former president Bill Clinton's war on Serbia, the 2001 Authorization Unilateral Military Force Against Terrorists (AUMF), as well as Obama's incursion into Libya, which has been partly blamed for the current war there and Europe's migrant crisis. Additionally, he supports an expanded US role in the Syrian Civil War. In February 2016, Counterpunch wrote: "Even Hillary belatedly admitted that her Iraq war vote was a mistake. Bernie, however, has never apologized for his two votes endorsing the overthrow of Saddam."

Revelations of the DNC's impartiality came after Sanders' endorsement of the Clinton campaign. Following the scandal, Sanders promptly left the Democratic Party, but he hasn't withdrawn his endorsement of his former rival, leading to disillusionment among many Democrats.

Media exposes Sanders, he bought a house as big as the toolshed on the Clinton estate!
#JillNotHill #DemExit pic.twitter.com/dBadxUo2fU

​The home purchase prompted ire both among conservatives and former supporters in the Twitterverse. However, Snopes.com was quick to underscore that Sanders hadn't paid for the new digs with dirty Clinton kickbacks, but that the cash for the purchase came from the sale of his wife Jane's family property.

"My family had a lake home in Maine since 1900, but we hadn't had the time to go there in recent years-especially since my parents passed away," Sanders' wife told Seven Days, a Vermont alternative weekly featuring a "Bernie Beat" section. "We finally let go of it and that enabled us to buy a place in the islands-something I've always hoped for."

Nevertheless, it's worth considering that Sanders' lifestyle and voting record mirror those of other Democratic senators.

Sanders Congratulates Clinton on 'Historic' Nomination for US President