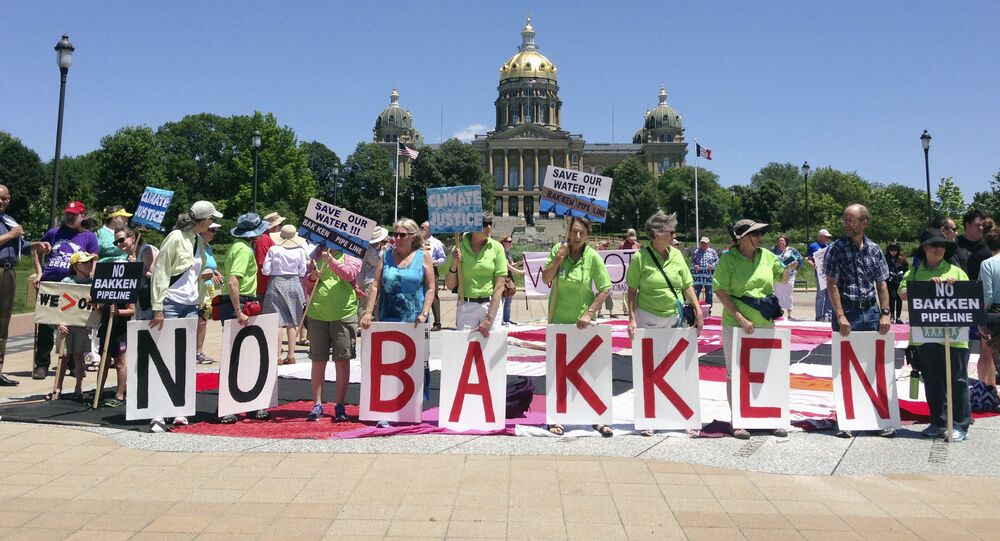 Iowa farmers are going to court this month trying to block plans to dig a trench through their fields for a 1,100-mile oil bakken Pipeline, according to attorney Bill Hanigan.

© Photo : Pixabay
Subsidy Desolation: US Farm Relief Program Goes Bust, Trump to Capitalize
WASHINGTON (Sputnik) — Fourteen farmers in the US state of Iowa are headed to court this month in an attempt to block plans to dig a trench through their fields for a 1,100-mile oil bakken Pipeline, attorney Bill Hanigan told Sputnik on Friday.

The Iowa Utilities Board issued permits for the dig by citing eminent domain, a legal principle in the US that allows the government to seize private property for projects deemed beneficial to the public.

Hanigan of the Davis Brown Law firm questioned whether the project offers any benefit to the people of Iowa.

The project is intended to transport oil from the state of North Dakota, through three neighboring states, including Iowa.

"The lawsuit asks whether a private company, which provides no service to Iowans, may use the state’s power of eminent domain to seize land from Iowa citizens for its private use," an article posted on the David Brown website said.

A court will hear the farmers’ appeal for an emergency stay on August 17.

"If a stay is not granted, Dakota Access, within weeks, will dig a massive trench across the petitioners’ farms. Once the pipeline trench is dug, the harm to the petitioners will be permanent and irreplaceable," the farmers argue in documents filed with the court.

© AP Photo / Danny Johnston
Keystone XL Pipeline Project Unlikely to Be Revived - Former US Official
Hanigan said that the Iowa Utilities Board had misinterpreted an Iowa law that is intended to limit the government’s use of eminent domain to seize productive farmland.

Hundreds of miles away in North Dakota, 14 members of a Native American tribe were arrested earlier this week during a protest against the $3.8 billion pipeline project, according to local media reports.

The Standing Rock Sioux Tribe has been demonstrating against the project for months, claiming the pipeline violates the US National Historic Preservation Act, and that the project threatens to pollute the nearby Missouri River.