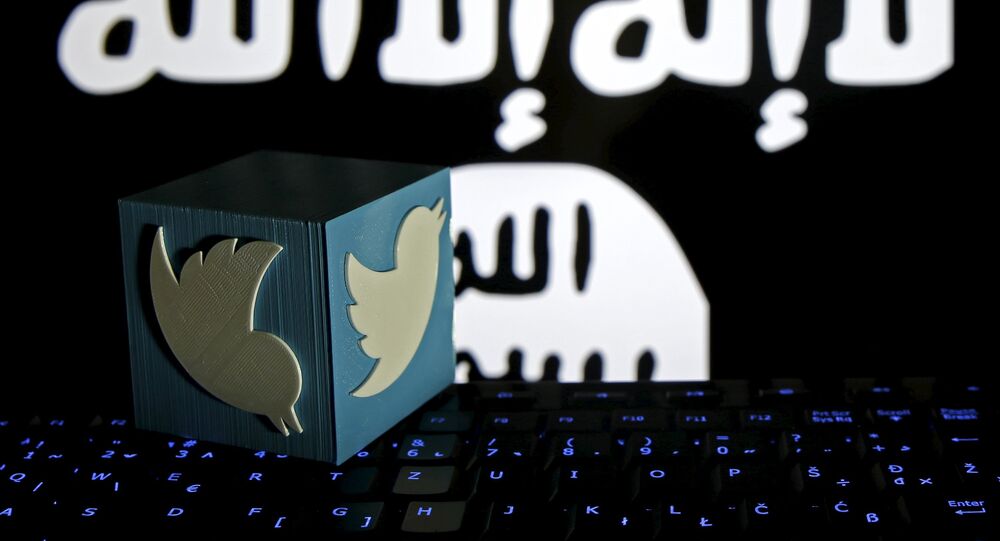 A lawsuit filed by an American woman whose husband was killed by Daesh, also known as ISIS/Islamic State, accusing Twitter of providing material support to the violent extremist group, has been thrown out by a US District judge in San Francisco.

© Flickr
Mississippi Women Jailed for 12 Years for Planning to Help Daesh
The plaintiff in the case, Tamara Fields, claimed that her husband was killed while working as a contractor in Jordan due to extremist propaganda disseminated on Twitter.

“In November 2015, Lloyd ‘Carl’ Fields, Jr. and James Damon Creach were shot and killed while working as United States government contractors at a law enforcement training center in Amman, Jordan. The shooter was a Jordanian police officer who had been studying at the center,” the lawsuit stated. “In subsequent statements, the Islamic State of Iraq and Syria (‘ISIS’) claimed responsibility for the attack, describing the gunman as a ‘lone wolf.”

In the lawsuit, Fields claimed that Twitter was in violation of the Anti-Terrorism Act by not cracking down on accounts created by Daesh, though it does not indicate specific tweets linked to her husband’s death.

“Plaintiffs, the wife of Fields and the wife and children of Creach, seek to hold defendant Twitter, Inc. (‘Twitter’) liable under 18 U.S.C. §2333(a), part of the Anti-Terrorism Act (‘ATA’), on the theory that Twitter provided material support to ISIS by allowing ISIS to sign up for and use Twitter accounts, and that this material support was a proximate cause of the November 2015 shooting,” according to the complaint.

The lawsuit asserted that the shooter was inspired by an execution video posted to Twitter, and claims that the social media platform failed to “detect and prevent” against violent, extremist tweets from being posted on their website.

As the judge dismissed the case on Wednesday, he called Fields’ claims “tenuous at best,” and asserted that she had not proved “proximate causation between Twitter’s provision of accounts to ISIS and the deaths of Fields and Creach [the US contractors].”

“Nowhere in their opposition brief or [First Amended Complaint] do plaintiffs explain how Twitter’s mere provision of Twitter accounts to ISIS … proximately caused the November 2015 shooting,” the judge stated.

Arguing against Twitter’s protection as a publisher, the plaintiff argued that it should be excluded, as it also provides a direct messaging service that potentially allows extremists to communicate with one another. The judge did not agree.

“Apart from the private nature of Direct Messaging, plaintiffs identify no other way in which their Direct Messaging theory seeks to treat Twitter as anything other than a publisher of information provided by another information content provider,” the judge wrote.

US DoS Would Welcome Russia-Turkey Cooperation Against Daesh in Syria