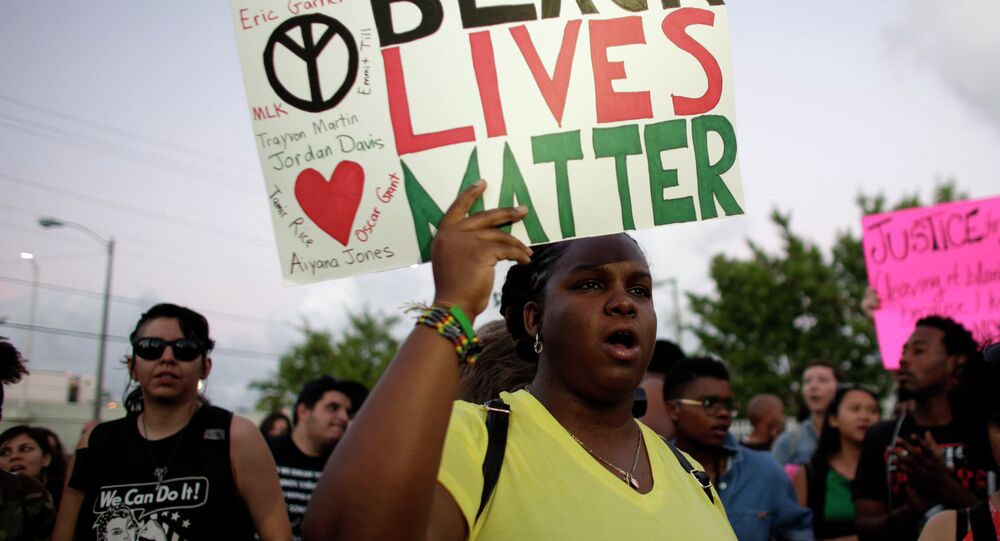 The US-based Black Lives Matter movement is increasingly finding solidarity with the struggle of Palestinians for freedom, activists said on Thursday.

WASHINGTON (Sputnik) — "We need to see our struggle as one," Pan-African Community Action activist Netfa Freeman told Sputnik of Black Lives Matter finding common cause with Palestinians. "The form is different, but only subtly. The essence is very much the same," he said.

© AFP 2021 / Hazem Bader
US Slams 'Provocative' Israel Following Demolition of Palestinian Shelters
In a section aimed at investing in communities and divesting in "exploitative forces," the platform calls for campaigns that "ends US Aid to Israel’s military industrial complex" as well as support the divest, boycott and sanction movement against Israel.

In a forum hosted by the Institute for Policy Studies, Black Youth Project 100 leader Janae Bonsu commented that "Palestine is in solidarity with the Black Lives Matter movement and vice versa… because we see and understand our struggles as similar."

Bonsu described social media posts from Palestine during the mass protests in Ferguson, Missouri teaching activists how to combat tear gas. "You have to choose what side you're on. You’re either for freedom or you're not," she said.

Black Lives Matter and pro-Palestinian groups have found common cause in opposing what they view as systemic racism and oppression. The association has drawn criticism from pro-Israeli groups both in the United States and abroad.

#BoycottGoogle: Backlash After Palestine Wiped From the Map