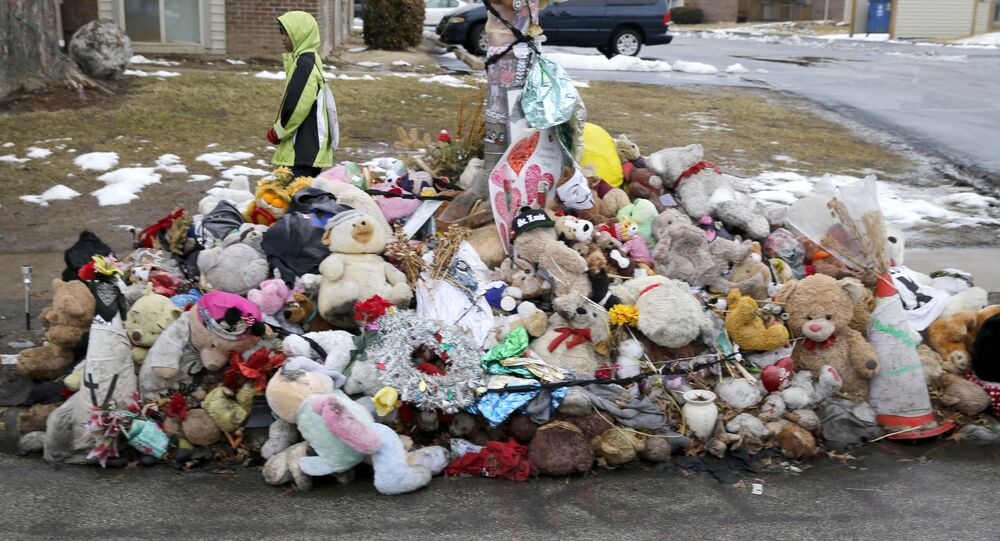 A car hit a protester, with gunfire erupting as other participants of the rally chased the perpetrator, during the commemoration of the second anniversary of the police killing of African-American Michael Brown in Ferguson.

MOSCOW (Sputnik) — A peaceful commemorative event in Ferguson, the Missouri town where police officer Darren Wilson shot the 18-year-old Brown dead in 2014, erupted in gunfire after a car hit a protester who ventured into the street, the St. Louis Post-Dispatch newspaper reported.

© REUTERS / Jim Young
Missouri County Drops Charges Against Reporters Covering Ferguson Protests
Dozens of protesters then chased the car, firing bullets, as the driver tried to reverse and head in a different direction to avoid the crowd, according to the publication.

Police later said the crash was not intentional and the driver, who has been questioned by police, did not see the protester.

No arrests were made in the wake of the incident, and the state of the crash victim remains unknown after he was taken from the scene in a private vehicle, the newspaper added.

Ferguson was gripped by violent riots for days following the deadly 2014 shooting. Brown’s death also triggered mass protests across the United States and ignited a national debate on racial inequality and the use of excessive force in the policing of minority communities, giving a major boost to the Black Lives Matter movement.