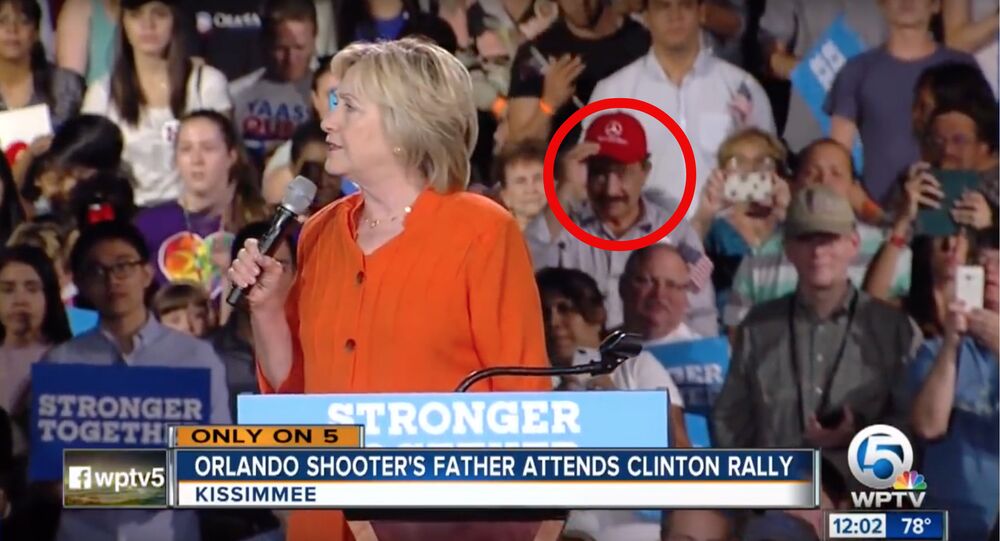 A local Orlando, Florida, television station spotted the father of the man who shot and killed 49 people at the Pulse Nightclub in the city, at a Hillary Clinton rally south of Orlando on Monday.

As Clinton offered her condolences to the victims and families of the shooting, Seddique Mateen could be seen in the crowd behind her. "We can't ever let that kind of hatred and violence break the spirit and break the soul of any place in America," she said. When asked about Clinton’s comments, he said, "We’ve been cooperating with the federal government, and that’s about it."

Mateen said he supported the former US Secretary of State because, "Hillary Clinton is good for the United States versus Donald Trump, who has no solutions." He didn’t indicate whether the Clinton campaign was aware of his attendance, saying "Why should they be surprised? I love the United States, and I've been living here a long time…It's a Democratic party, so everyone can join."

​A Clinton spokesperson commented, "This individual wasn't invited as a guest and the campaign was unaware of his attendance until after the event."

Clinton’s opponent, Republican nominee Donald Trump, blamed the June 12 massacre on America’s “immigration system” which he claims is too lax, ignoring that the shooter, Omar Mateen, was born in New York and was an American citizen.

"The bottom line is that the only reason the killer was in America in the first place was because we allowed his family to come here," Trump said at a rally in New Hampshire. "That is a fact and a fact we need to talk about." he said, adding, "When I'm elected, I will suspend immigration from areas of the world where there is a proven history of terrorism against the United States, Europe or our allies until we fully understand how to end these threats."