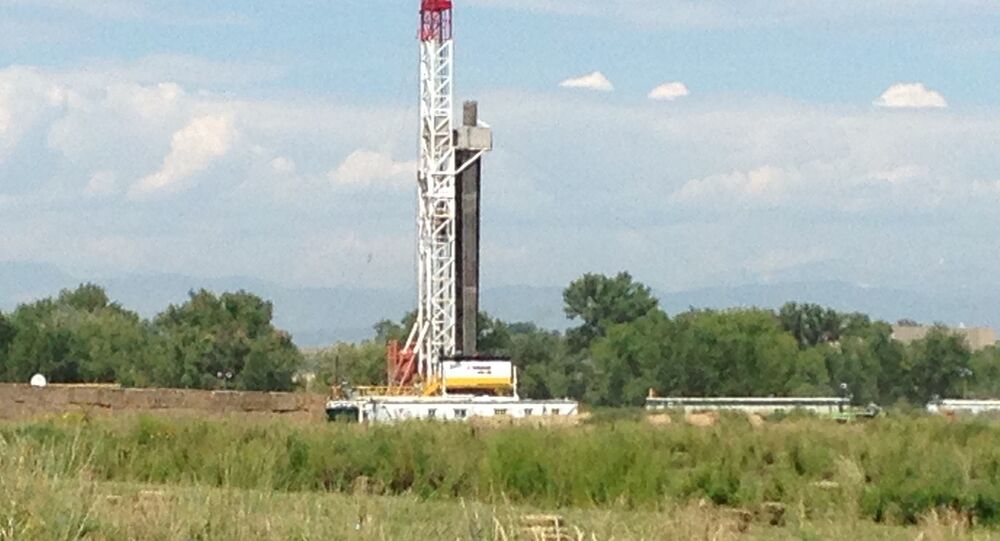 A pair of anti-fracking initiatives in Colorado have earned enough signatures to make it to the ballot in November, pending reviews from the Secretary of State.

© AP Photo / Brennan Linsley
Colorado Supreme Court Overturns Community Bans on Fracking
Environmental groups behind the effort, led by Coloradans Resisting Extreme Energy Development, announced on Monday that both initiatives have gathered the required 98,492 signatures needed for a spot on the ballot. The Secretary of State’s office will now verify that the minimum amount of signatures has been reached by checking for duplicate signups and unregistered voters.

The first of the two ecological initiatives aims to strengthen “setback” rules in the state, meaning new oil and gas facilities will need to be placed a minimum of 2,500 feet from structures, including parks. The initiative would protect some 90% of the state’s surface area from oil and gas development projects.

Earlier this year, Colorado’s Supreme Court reversed fracking bans set in place by voters in two towns. As in those previous efforts, the initiatives are heavily opposed by oil and gas companies, who have dumped millions into a counter-coalition somewhat misleadingly titled “Protect Colorado.”

“We made it over the hurdle of having the signatures needed to turn into the Secretary of State and now it’s in their hands to go through the validation process,” one of the organizers, Lisa Trope, of Food and Water Watch, told Reuters.

“Energy companies Anadarko Petroleum Corp and Noble Energy Inc in the past month each increased their contributions to [Protect Colorado] by $2.5 million, bringing their total donations to $6.55 million and $5 million, respectively, according to the latest campaign finance filing,” Reuters reported.

A recent study, conducted in Pavillion, Wyoming, found that highly-toxic BTEX chemicals found in fracking operations, including benzene, toluene, ethylbenzene, and xylenes, which are harmful to humans at any levels, were contaminating people who work at, or live near, hydraulic fracturing sites.

"The many inherent dangers associated with the extreme drilling method, from water contamination and human health impacts to earthquakes, explosions and climate change are well documented," said Wenoah Hunter, executive Director of the Food and Water Action Fund, who has been campaigning for the Democratic National Committee to oppose fracking. Hunter maintains that corporations that benefit from fracking routinely invest in massive public relations campaigns to hide its effect, but even deep corporate pockets cannot obscure the truth.