A priceless artifact from the first moon walk was accidentally sold at a government auction, and now a legal battle is brewing between the buyer and NASA. 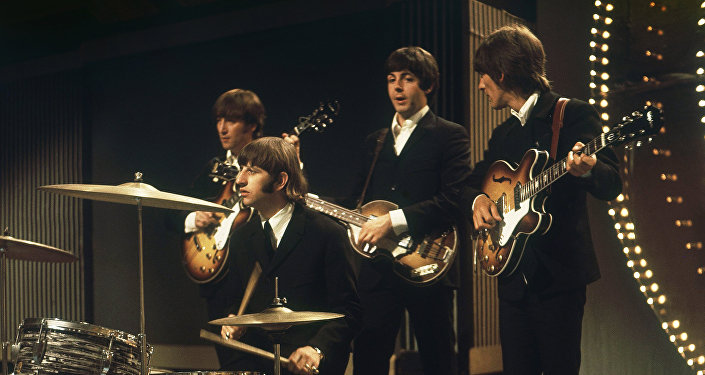 © AP Photo /
Lennon's Stolen Beatles Guitar Fetches Millions at Celebrity Auction
Over four decades ago, Neil Armstrong and Buzz Aldrin used a white bag to bring back to Earth samples of lunar rock from the first Apollo 11 mission to the moon. The historic bag, embedded with space material, was accidentally auctioned off last year, for less than a thousand dollars, due to a clerical error.

Officials have called the bag "a rare artifact, if not a national treasure.”

In 2005, Max Ary, the ex-director of the Kansas Cosmosphere and Space Center, was convicted of stealing and selling museum artifacts. The white bag was found in his garage during a raid.

When the bag was inventoried, it was given the same number as one used during the final Apollo 17 mission in 1972. That bag had also been stolen, and sold by Ary for $24,150, though it has since been recovered.

Last year, Nancy Carlson from Illinois bought the bag at a government auction for $995. When she excitedly sent her purchase to NASA to confirm its authenticity, officials refused to return it to her.

In June, Carlson filed a lawsuit to have the bag returned to her, but prosecutors are fighting to have the sale rescinded and her money refunded. They claim it is justified as NASA was not properly notified that the bag was to be sold, as it was misidentified in the system.

Houston, We Have Lift Off! NASA Calls for Businesses to Use ISS