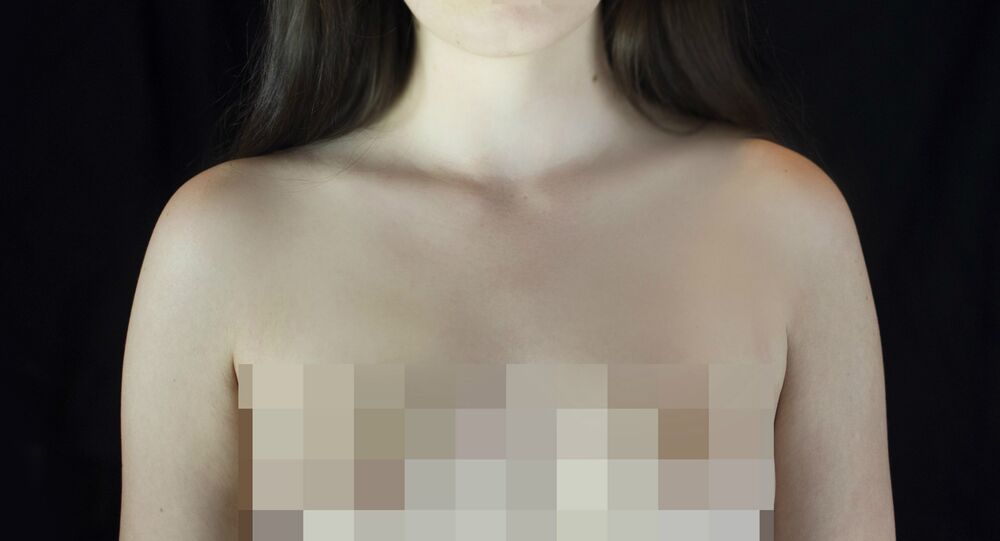 One of two “free the nipple” protesters arrested for being topless at a Bernie Sanders rally has filed a nine-count federal lawsuit against the Los Angeles Police Department and two officers.

© Flickr / Kyle Pearce
'Boobs not Bombs': Topless Protest Held in Canada
The incident took place outside a Sanders rally on Wilshire Boulevard on March 23. Anni Ma was initially dressed in a skirt, and masking tape covering her nippples which read “free the nipple” and “feel the Bern,” but problems arose when she opted to remove the tape.

"Plaintiff Ma removed the masking tape covering her nipples and areolas thereby legally going natural. Plaintiff Ma was attired in such a manner that she was not in violation of any law,” Ma’s lawsuit states.

Ma claims that officers Weston and Bermudez grabbed her and pushed her up against a pole, saying “she must put the tape over her nipples or she would be arrested."

The activist refused to comply and was subsequently arrested. Ma alleges that Officer Weston assaulted and battered her, pushing her to the ground with his knee on her back, Courthouse News reported.

Ma was arrested for indecent exposure and her bail was set at $10,000. She spent a night in jail, where she claims that she contracted a urinary tract infection “due to the unsanitary conditions.” The City prosecutor decided not to pursue the charges and she was released the following evening.

Her attorney, R. Allen Bayliss, maintains that the California indecent exposure law only applies to genitals and says nothing about breasts. The lawsuit claims that she was never “nude,” as  “'mammary glands' are obviously not sex organs."

The complaint asserts Ma was subjected to “serious constitutional, physical and emotional injuries, including, without limitation: illegal invasion of her person; pain and physical injury; humiliation, emotional pain and suffering." She is seeking general and punitive damages citing constitutional violations, gender discrimination, and violation of state and federal civil rights laws.